Adomonline.com
Home News Local News VIDEO: Time for media to rise against attacks on journalists – Ken...
Facebook
WhatsApp
Twitter
Telegram
Email
Pinterest
Print
In the wake of assaults on journalists in their line of work, the media in Ghana has been urged to form a united front to deal with the situation.

Former Managing Director of the Graphic Communications Group and a media rights advocate, Ken Ashigbey, says the recent attack by a loyalist of the New Patriotic Party (NPP) against a Multimedia reporter should be the wake-up call.

“For the too long the media has been taken for granted and it was about time the media woke up from that slumber and say to everybody who has been attacking us that we are not going to allow this happen again,” he charged media practitioners.

Mr Ashigbey, who is currently the Chief Executive of the Telecommunications Chamber, made the comments on PM Express, a current affairs programme on MultiTV.

A communiqué released after the two-day event, dubbed the Accra Declaration, made a push for journalists in Ghana and elsewhere in the world to be allowed to work without any hindrance.

The journalist, Ohemaa Sakyiwaa Ahwenepa, had been taking a photo of the vociferous woman whose refusal for a party member to pick nomination forms was causing a scene.

Hajia Fati explains she thought the journalist was an onion seller.

Not too long ago a journalist attached to one Media General’s media outlets was also butalised by the police in his line of work.

Another Multimedia journalist, Latif Iddrisu, is nursing a fractured skull as police beat up for asking a question to aid his report.

Although attacks on journalists are not new, many fear the incessant attacks in recent days points to an impunity that threatens Ghana’s democratic credentials.

Speaking PM Express, Mr Ashigbe urged the media to be focused in their effort to demand justice for assaulted journalists.

“Media owners must come together to be able to push this because at the end of the day [the media] is at the very core of what holds us together as a country,” he urged.

Commenting on the programme, media analyst, Dr Messan Mawugbe said: “the NPP, should as a matter of urgency, distance itself from the attack.”

He said the latest attack also calls for a new direction in the media landscape to stem the rising cases of attacks on journalists.

He has called for a policy from all political parties on the protection of journalists.

There is an urgent need to regulate the media – Godfred Dame

Sammy Gyamfi apologises to the media over this… 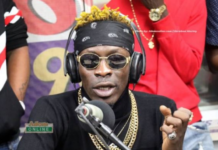