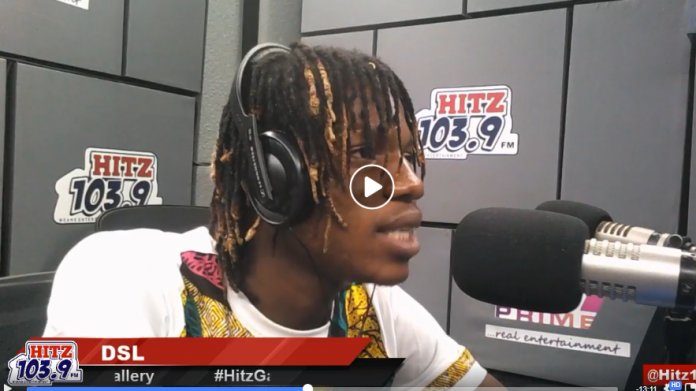 An up and coming musician, who goes by the stage name, DSL (De Sound Lord) says he would reject 5 million US dollars on the condition of quitting music.

According to him, though it might seem absurd considering the fact that he is a budding musician who needs capital, accepting money to quit music doesn’t make sense to him.

Speaking on Hitz Gallery on Hitz FM with Dr Pounds, DSL said music will pay him more than five million dollars, hence quitting for cash isn’t written in his books.

He added that, Stonebwoy, Sarkodie, Shatta Wale and Samini have motivated him enough to keep his musical lines in check.

When told some musicians are complaining about the music industry not being lucrative, he said “they complain but are still in the business.  I cannot back off now that’s why I am not complaining.”

DSL is currently out with a new track dubbed, ‘Boys Pe Cho.’

How GetFund turned down my scholarship application – NDC’s Namoale recounts...

Audio: This man was the first to arrive at the scene...

ECG planned maintenance to cause ‘dumsor’ in parts of Accra