AMG rapper Samuel Adu Frimpong, popularly known as Medikal has finally opened up on not winning any award after he was given seven nominations in the 2017 VGMA.
Medikal was one of the many artistes tipped to win many awards, especially ‘New Artiste of the Year’ but to the surprise of many, he did not win even one of the seven categories he was nominated for.
Recalling the unfortunate encounter on Daybreak Hitz on Hitz FM on Monday, Medikal disclosed that ‘I felt devastated but I understood that…”.
ALSO READ: A Plus and Akosua Vee celebrate one year marriage anniversary

According to the ‘Gimme Vibe’ hitmaker, Dancehall artiste Shatta Wale urged him to remain strong because winning awards never justifies an artiste but talent.
The Sowutuom-based rapper added that he has been taught a great lesson and is working hard to put his career on a higher pedestal.
READ THIS: Stonebwoy parting ways with Zylofon Media false – Bulldog
“I felt devastated but I understood that. I recorded like 100 songs and only a few made me. But the awards don’t make you who you are. Shatta is my good friend and he hasn’t got that awards but he is going up. I am an entertainer so I won’t let those things bring me down…” he maintained.
Medikal further indicated that negative critics don’t get to him but rather power him to excel in the music industry.
Asked if he expects to win an award this year, Medikal said ‘I don’t even know if my team filed for it. It’s not anything I know. I have a lot of information occupying my mind. I am a member of MUSIGA. I don’t know about GHAMRO.
He said “Criticisms don’t stress me. Just as battery is positive and negative I need it all to fuel my fire. It doesn’t let me down. I need it in my system. If no one is talking about me I feel bad…” he told show host Any Dosty. 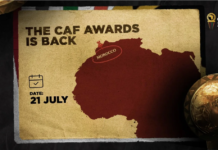