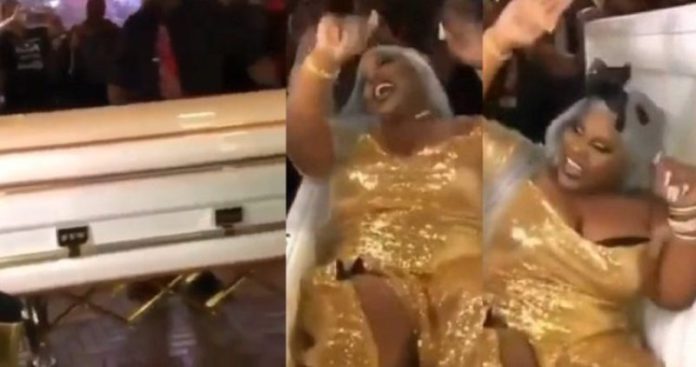 A woman has gone viral over the way she arrived at her wedding.

Many had the scare of their lives after the bride decided to arrive at her own wedding in a coffin.

Rocking a gold dress, upon the coffin being opened, the bride started dancing immediately to the amazement of everyone who gathered to celebrate her on her big day.

The video has since gone viral and birthed arguments online.