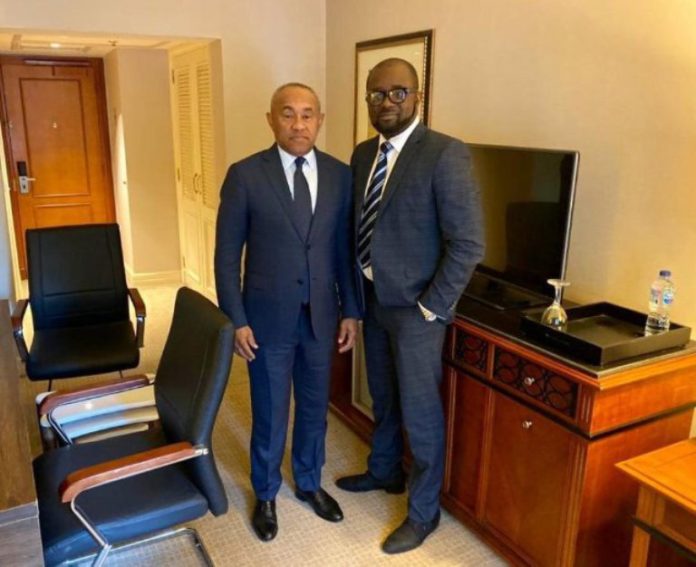 The meeting is the first since Mr Okraku was voted into office as GFA President in October.

The two met in Cairo, Egypt on Tuesday morning. The GFA boss is in the North African country to support the Black Meteors as they take on Ivory Coast in the semi-final of the Africa U-23 Cup of Nations.

At the meeting, Mr Ahmad expressed his personal support as well as the support of CAF to Mr Okraku towards achieving his vision of igniting passion and creating wealth for all in Ghanaian football.

Ahmad, who has a very good relationship with the Ghana FA, also commended the Ghana FA for a successful election leading to the election of Mr Okraku.

He also lauded the GFA President for his vision for Ghana football, adding that the continent’s football controlling body will offer him and the GFA the needed support for the continuous development of football in Ghana.

Mr Ahmad maintains a strong relationship with Ghana. Former GFA President Kwesi Nyantakyi, who is serving a lifetime ban by FIFA, was his first Vice President at CAF.

Ghanaian YouTube star dies along with her unborn child

I don’t deserve you but… Rawlings fondly speaks of Nana...