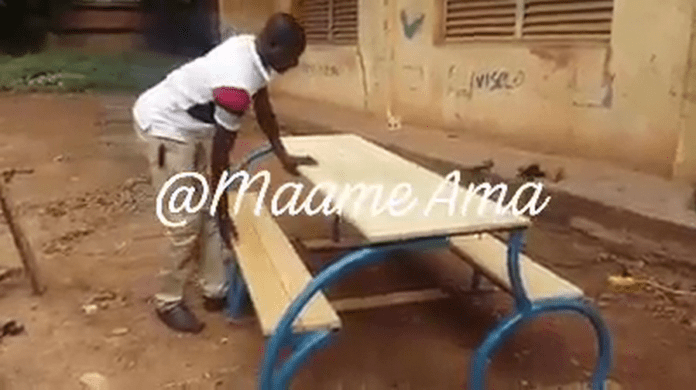 A video of a bench that could be transformed into a table with two chairs has gone viral.

The video, which was shared online, shows a man resting comfortably on the bench only to later manipulate it to become a table with two chairs.

He then proceeds to comfortably sit on one of the chairs and this was enough to stimulate several reactions from social media users.

Peace wondered how much they are being sold for. Piersen Jnr also wondered where one could be purchased. To Rajah, it is creativity beyond imagination.