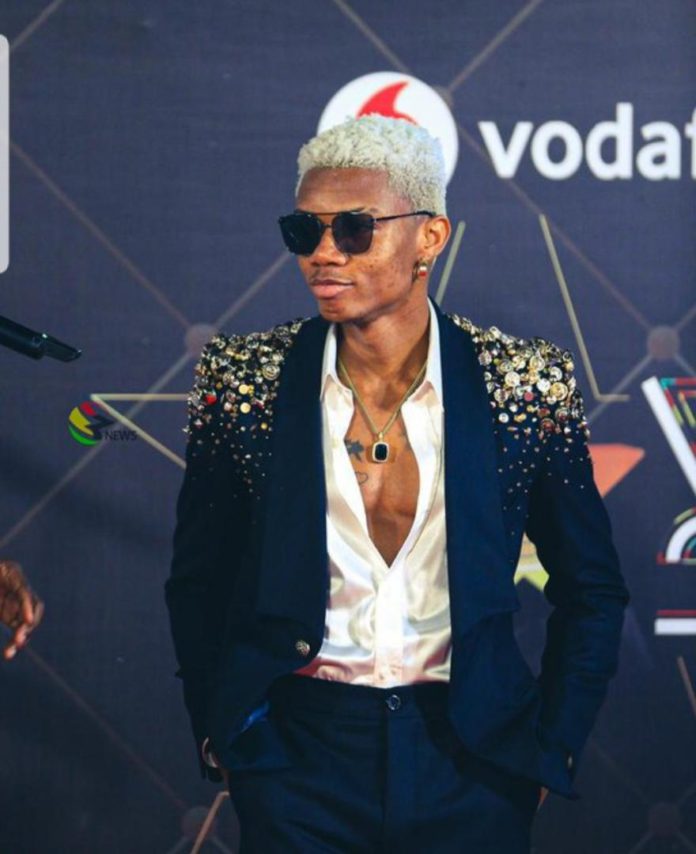 The artiste was all smiles prior to the award declaration, as he took it upon himself to update Ghanaians who were connected via television of the live turnout of events on social media.

After sweeping off four awards for the night, KiDi was hopeful of the fifth, which would have put him on the top of the awardees, and the bragging right for the next year.

However, sorrow and anger took over KiDi’s being when Deputy Tourism Minister, Mark Okraku-Mantey presented the Artiste of the Year award to Diana Hamlton, who was in the category with four others.

As Diana Hamilton and her team jubilated their way to the podium, a charged and inconsolable KiDi marched out of the auditorium.

Hours after reality dawned on him, he threw in the towel and congratulated his contender via a tweet.

Taking humour from his pain, the Highlife artiste reiterated that he will surely be back, despite being faced with a little traffic in the form of Diana Hamilton.