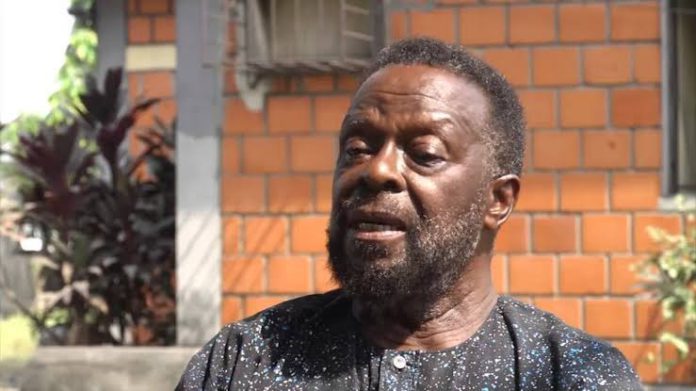 Veteran Nollywood actor, Chief Lari Williams, has died at the age of 81 following a long illness.

Williams, who was famous for his roles in hit soap operas such as Village Headmaster, Ripples, and Mirror in The Sun, died peacefully on Sunday at his home in Ikom, Cross River State.

An official statement by his family has confirmed his demise.

During his lifetime, Williams was a poet, playwright and celebrated actor both in live theatre and on screen, earning him a prestigious national honour; Member of the Order of the Federal Republic in 2008.

Chief Williams was the first president of the Actors’ Guild of Nigeria and had a career that spanned over five decades.

After studying Journalism at the London School of Journalism, he proceeded to study English at Morley College and then drama at the Mountview Theatre School and Stratford E15 Acting School, England to become a professional actor.

Panic as boxer slumps and dies during training