Billy Bingham, the most successful manager of Northern Ireland’s football team, has died at the age of 90.

Renowned as a master tactician, the wily Bingham guided the boys in green to the 1982 and 1986 World Cup finals.

Northern Ireland were the last winners of the defunct British Championship, lifting the trophy in 1984.

Bingham also managed Everton and the Greek national team and played for Northern Ireland at the 1958 World Cup finals in Sweden.

The Irish Football Association said it had learned of Bingham’s death with “great sadness”.

During his second spell in charge, Northern Ireland pulled off some unlikely victories, most notably when they stunned 1982 World Cup hosts Spain on a famous Friday night in Valencia when Gerry Armstrong hit the winner.

The 1-0 win in stiflingly hot conditions remains one of the most remarkable upsets in World Cup history.

“Who can forget the wonderful memories that Billy has left us with,” added the former Northern Ireland striker.

Bingham’s club career included helping Everton with the English League title in 1963 and the Goodison Park club said it was “deeply saddened” to learn of his passing.

Bingham was renowned for getting the most out of the limited resources at his disposal, although most of Northern Ireland’s players were operating in the top flight of the English game.

Before entering management, Bingham, the son of a shipyard worker, had been a successful player, starting with Irish League side Glentoran on a reported £6 a week before moving to England.

He operated in a wide attacking role, or an outside-right as the position was then known.

He was in the Northern Ireland team which achieved stunning victories over Portugal and Italy to qualify for the 1958 World Cup finals, the first time the country had reached that stage, and played in all five games as Peter Doherty’s men reached the quarter-finals in Sweden.

A few months later Bingham, having lost his place in the Sunderland side, joined Luton Town and was in the team beaten 2-1 by Nottingham Forest in the 1959 FA Cup final.

He then switched to Everton and won the 1963 First Division Championship with the Merseyside club.

Bingham finished his playing career with Port Vale, his career cut short at 33 when he sustained a broken leg. His 56 international caps was, at that time, a record he held jointly with Danny Blanchflower.

A move into management saw Bingham take charge of Fourth Division Southport, leading them to promotion in 1967.

He later combined that post with the international role as he took charge of Northern Ireland for the first time and just missed out on getting them to the 1970 World Cup finals in Mexico.

Bingham then had a spell in control of Plymouth Argyle before taking charge of Linfield, steering them to the Irish League Championship and success in three cup competitions.

He left the Linfield and NI jobs to become manager of Greece, but left that post after winning just two matches out of 12, moving on to spells with Everton, Greek outfit PAOK and Mansfield Town.

In 1980, Billy Bingham was appointed manager of Northern Ireland for a second time and it was to prove a golden era for the team in green.

Gerry Armstrong’s strike in front of 40,000 ecstatic fans at Windsor Park in November 1981 saw Northern Ireland clinch a 1-0 win over Israel and a place at the following year’s World Cup finals.

It was another Armstrong goal which earned Northern Ireland arguably their finest and most memorable victory – that against-all-odds triumph over hosts Spain to reach the next stage.

Northern Ireland’s interest ended with a draw against Austria and defeat by France but Espana ’82 remains a highlight of Northern Ireland sporting history.

Home and away victories over West Germany followed as Northern Ireland went close to qualifying for the 1984 European Championships.

They did, however, qualify for another World Cup thanks to a 1-0 win in Romania followed by a 0-0 draw against England at Wembley.

Bingham’s side would not repeat the heroics of 1982, drawing with Algeria and losing to Spain and Brazil.

However, reaching back-to-back World Cups was an incredible achievement and Northern Ireland have not been appeared at the finals since.

Bingham’s last match as Northern Ireland boss was a fractious 1-1 draw in a World Cup qualifier against the Republic of Ireland, the point earning the visitors a place in USA ’94.

After leaving management, Bingham acted as Blackpool’s director of football in the 1990s and then, at 76, took on a scouting role with Burnley in 2008. 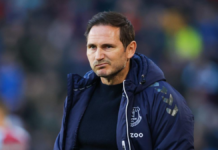 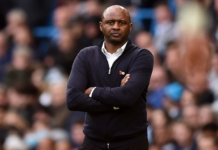 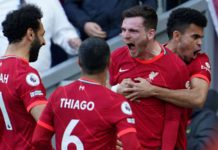 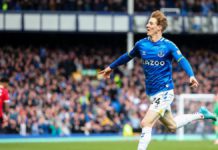 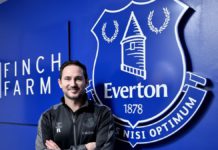