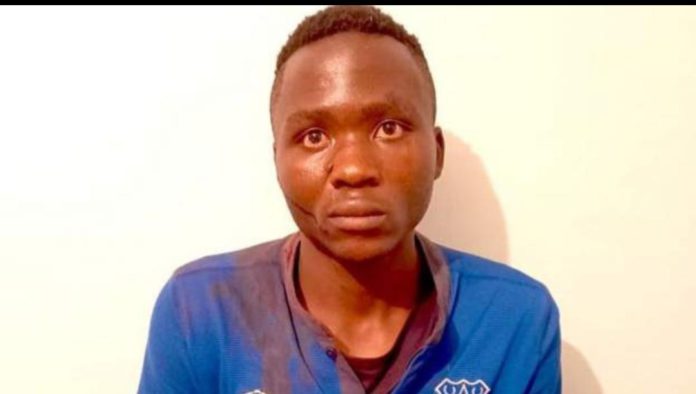 A Kenyan man described by authorities as a “bloodthirsty vampire” has confessed to the grisly slayings of 10 children — in some cases, sucking their blood before killing them, police said.

Masten Milimo Wanjala, 20, was arrested Wednesday in connection with the killing of two children whose bodies were found in a wooded area of the capital, Nairobi, the country’s Directorate of Criminal Investigations said Wednesday.

But in a disturbing confession, Wanjala admitted to the “cold-blooded murders” of at least 10 young teens, police said.

“In a nerve-wracking blow-by-blow account, the murderer recounted harrowing details of how he lured victims to his killer jaws before squeezing dear life out of the innocent children,” the Directorate of Criminal Investigations wrote on Twitter.

Authorities said he was a “bloodthirsty vampire” who targeted children between the ages of 12 and 13.

He allegedly drugged his victims with a white substance in powder or liquid form, then drained some of the children’s blood before killing them, police said.

“Wanjala single-handedly massacred his victims in the most callous manner, sometimes through sucking blood from their veins before executing them,” police wrote on Twitter.

The killing spree allegedly began five years ago with a 12-year-old girl he kidnapped in Machakos county east of Nairobi, police said.

At least some of the victims died by strangulation, and several of their bodies have not been found, police said.

“The murderer who is unapologetic over his actions told detectives that he derived a lot of pleasure from killing his victims,” police said.

“As detectives pursue crucial leads to the recovery of the rest of the bodies, it is our belief that the criminal justice system will serve justice to the innocent souls and relieve the heavy hearts of the mourning parents, siblings and Kenyans in general.”