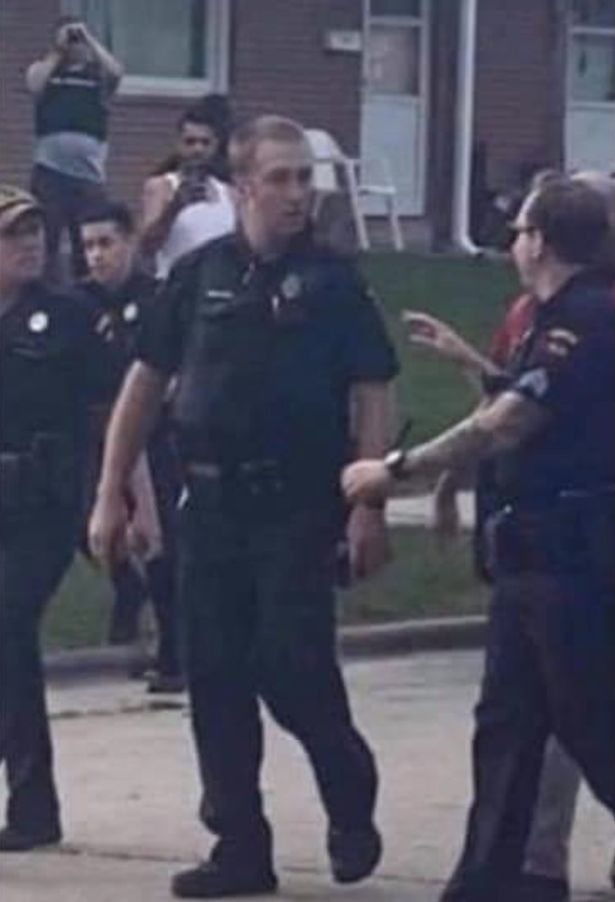 The United States policeman, who shot a black man seven times in the back, sparking a new wave of protests, has been identified.

Rusten Sheskey has been named by the Wisconsin Department of Justice as part of its ongoing probe into the incident that left Jacob Blake paralysed.

Blake was gunned down by officers in Kenosha, Wisconsin on Sunday in front of his sons, one of whom had turned eight that day.

Just 18 minutes after the shooting, his dad saw a now viral video of the incident in which Blake can be seen walking to his car door pursued by police amid shouts.

As he opens the door bullets fly into his back, prompting him to slump into the vehicle.

At a press conference today, investigators said Blake had a knife in the car he was reaching for when he was shot, and that no other officer opened fire.

Attorney General Josh Kaul said the 29-year-old dad had admitted to investigators that he had a knife in his possession at the time.

But a search of Blake’s vehicle turned up no other weapons, Kaul added.

Kaul explained police had initially confronted Blake when they were called to the home of a woman who reported that her boyfriend was there without her permission.

Police tried to arrest Blake and used a Taser in an attempt to subdue him but it failed.

Blake then walked around his vehicle, opened the driver’s side door and leaned forward, as officer Rusten Shesky, clutching onto his shirt, fired  seven times at Blake’s back.

Kaul said no other police officer used his weapon during the incident.

Protests broke out in Kenosha soon after the incident, and have turned increasingly violent over the last three nights.

Demonstrators have clashed with armed police, the National Guard was called in and a state of emergency declared.

Two people were killed during unrest on the third night, resulting in a 17-year-old so-called ‘militia’ member being charged with murder.

Kyle Rittenhouse, 17, was taken into custody after footage of the disorder in Kenosha showed a man with an assault weapon opening fire in the middle of a road.

In a statement tonight, the White House said 1,000 National Guard troops had been provided to help prevent a fourth night of unrest. 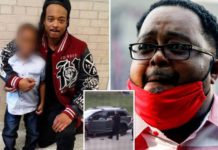 Jacob Blake handcuffed to his hospital bed despite being paralysed – Family