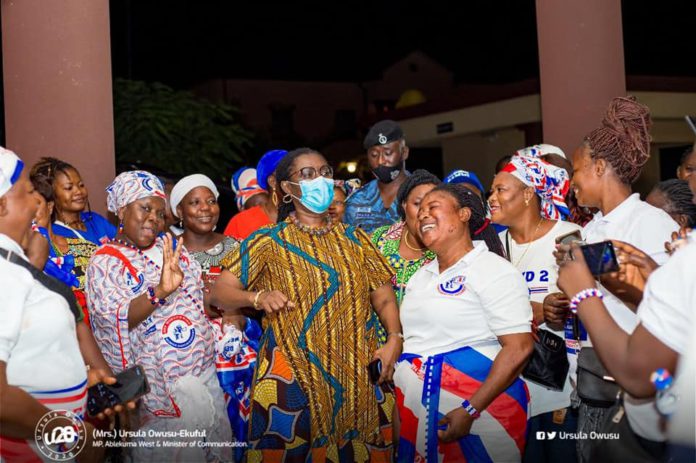 New Patriotic Party (NPP) Member of Parliament for Ablekuma West has been given a rousing welcome to Bolgatanga in the Upper West region as she tours the area.

The legislator on Monday begun a four-day-tour in the region ahead of the 2020 election.

She is expected to visit the Garu, Tempane, Bawku Central, Zebilla,Pusiga, Binduri and Navrongo Central Constituencies.

The tour forms part of intensive commencement of campaign duties for the party to retain power in the December 7 parliamentary and presidential elections.

The Regional Women’s Wing, supporters and sympathisers of the party amid music and dance with others on their motorbikes ushered her into the Bolgatanga Municipality.

Addressing the crowd, Mrs Ursula Owusu-Ekuful, who doubles as the Minister for Communications, expressed her appreciation and commended the people for their unflinching and overwhelming support to the NPP.

She urged them to remain steadfast in the party’s quest to win more parliamentary seats and increase the electoral fortunes in the region.

She tasked the youth to help spread the NPP’s message and ensure they emerge victorious come December 7. 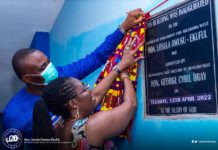 Two robbery suspects arrested in Bolgatanga; another on the run