The University of Ghana (UG) has urged the High Court to dismiss a case filed by students seeking to halt a residence re-allocation plan by the university.

This comes in the wake of the court granting a 10-day interim injunction barring the school from proceeding with the policy that will see its Commonwealth Hall and Mensah Sarbah Hall become a residence for only new students.

Eight students from the Commonwealth Hall of the University on January 6 secured the interim injunction against the school’s residential policy announced on October 26, 2022.

Per the management’s decision, all continuing students of Commonwealth and Mensah Sarbah Halls were barred from being residents of the all-male halls.

But the plaintiffs have argued that the decision is a ploy by management to break the activism front of students and disintegrate their affiliation to the traditional halls.

In the suit challenging the injunction, the school’s management said the legal action by the plaintiffs is “incompetent, frivolous and in any case premature” since the plaintiffs have not exhausted the internal mechanism of the university’s statutes.

UG is therefore praying the court for an order to stay execution of the injunction and prevent the plaintiffs from entering or picketing at the Commonwealth Hall of the University.

The University argued that the injunction application was “dead upon arrival as the plaintiff complied with and implemented the Defendant Council Policy on residence on December 28, 2022, prior to the filing of the Application.”

The management also accused the plaintiffs of deliberately skewing information to mislead the court to grant the injunction application.

It said two of the applicants were not residents of Commonwealth Hall and hence had no case in accusing the University of infringing on their rights.

“Even worse, the 3rd plaintiff is a distance education student who is not even entitled to residency at the Defendant’s university per the Defendant’s residency policy and may have only resided in Commonwealth by illegal and or unsanctioned means,” portions of the motion noted. 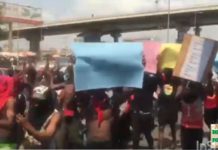 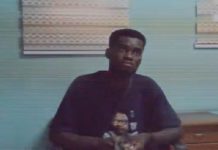 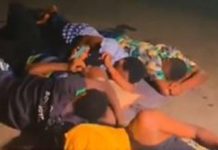 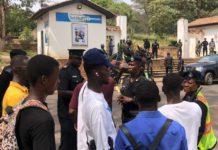 No one has right to permanent accommodation on UG campus – Prof. Gyampo