The airplanes (registration numbers 5N-TBB and 5N-TBC) have been the focus of a legal tussle between the lessor, Seagold Investment Limited, and Topbrass Aviation Services. Some interested parties from the presidency, however, acquired the aircraft contrary to the orders of the Federal High Court in Lagos.

Findings by The Guardian revealed that the planes have been removed from their lots at the General Aviation Terminal of the Murtala Muhammed Airport (MMA). They are now stationed at the Aero Contractors’ Maintenance and Overhaul (AMO) hanger but with registration numbers already wiped off. Further investigations revealed that the jets are set for maintenance to enable them to fly out of Lagos to an undisclosed location.

But stakeholders are worried about the development. They noted that the alleged failure to protect investors’ interest and uphold the rule of law are yet another low points in the integrity rating of the current government and a red flag, which prospective foreign investors in the new national carrier would not ignore.

The Guardian learnt that the two 50-seater airplanes, manufactured in 2004, came into the operations of Seagold in 2005. The company ran the offshore operations of Chevron in Angola, while Topbrass operated for Chevron in Nigeria. In 2011, both companies, orchestrated by Chevron, signed a finance purchase agreement for the two aircraft, for which Topbrass paid $12 million in a 30-month lease tenure, towards fully acquiring the jets.

The Chief Executive Officer of Topbrass, Capt. Roland Iyayi, said his company kept to the terms of agreement but the lessor later failed at execution. Because of this and coupled with Chevron’s alleged desire to repossess the assets for transfer to Aero Contractors on a five-year lease, Topbrass parked both airplanes, declared a dispute with Chevron Nigeria, and approached the court for redress in 2015.

Iyayi said both parties later pursued an out of court settlement in 2017 and renegotiated the terms of agreement. But at the point of concluding the pact, “some interested parties, led by Capt. Baba Mohammed, intervened, telling Seagold not to settle with Topbrass and still assuring that they could recover the airplanes despite our $12 million contribution.”

Efforts by the Minister of Aviation Hadi Sirika to broker a truce, notwithstanding, “the NCAA and Capt Baba Mohammed became more interested, asking us to produce the documents of these aircraft, which form a part and parcel of the airplanes, but we declined.

“We were forced to return to court for an expansive order, which was given by the court, restraining all parties, including Topbrass, from tampering with the aircraft until the determination of the substantive matter. The copies were made available to parties like NCAA, FAAN, NAMA and so on.“Despite the order, the NCAA still went ahead to provide all the documents relating to the aircraft to Capt. Baba Mohammed. The same NCAA, through its Director of Airworthiness Standard, wrote to us on July 5, 2018, directing that we turn in all the papers to Capt. Baba Mohammed.

“As at last Wednesday, I got calls from Aero Contractors saying your aircraft are being moved into our hanger. What is going on? Are you doing maintenance with us? I said no. They sent me pictures of the aircraft on their apron. I called FAAN. They said they had an instruction from Abuja to allow the aircraft to go.”Iyayi, a former MD of the Nigerian Airspace Management Agency (NAMA) and Aero Contractors, said: “The NCAA has a role to ensure that airlines in Nigeria thrive. Yes, we are signatories to the Cape Town Convention, which they are trying to hide behind to do what they are doing, but that is not applicable in this situation. This is a finance lease, not an operating lease arrangement.

“Our belief is that there is a group somewhere trying to manipulate the system to the detriment of Topbrass, doing everything to see that we are taken out of business completely. The truth is that we have completely moved out of the rule of law to impunity. But in the long run, it is not in the interest of the country.”The apex regulator, NCAA, confirmed the development, saying it was due to appear in court.

The Spokesperson of the agency, Sam Adurogboye, said the body was established to protect the interest of all parties in the industry. “We cannot, for any reason, do otherwise. But since he (Iyayi) has sued us, we will meet in court.”Solicitor to Topbrass, Chukwudi Adiukwu, said it was a case of some group of people trying to hijack and steal airplanes, noting that the aircraft had already been deregistered from the NCAA’s registry despite a court case over them.

According to Adiukwu, in June 2018, a certain Engr. Saturday climbed up and erased the registration numbers from the aircraft, acting on the instructions of Capt. Baba Mohammed.“As it stands today, we have commenced full contempt proceedings and already served Form 48 on NCAA, FAAN and Aero Contractors among others. This is to be followed by Form 49. The matter has been adjourned till September 25. This is brazen theft and shouldn’t be happening in our country or anywhere in the world.”

The Chairman of the Airlines Operators of Nigeria (AON), Capt. Nogie Meggission, described the matter as embarrassing, coming at a time countries like Ghana were forging ahead. He, however, said AON does not need to fight the authorities but should rather insist on the right things, to protect the industry and safeguard investment.

“The Cape Town convention or not, there is a court injunction in place. Why not try to vacate the injunction before talking about a convention that empowers you to forcefully acquire airplanes?” Meggission asked.A consultant to one of the regulatory bodies said the matter was not just a conflict between operator and regulator but a “power show among cronies”.

He said: “Don’t forget that these are people of the same circle that are bent on showing who has the power. The Topbrass person is a former MD of NAMA and he knows the industry inside out. He has called out the NCAA helmsman, even to the point of saying he is incompetent. And those ones too wanted to deal with him.“We should be less interested in who has the fault. Our concern should be the implications to this industry and the to image of the country. Since this rift started, Topbrass has laid off about 200 workers because there is no more business. How many of them did NCAA re-absorb?

“What kind of image are we selling to the global community, especially at a time we are looking for investors in Nigeria Air? If we can freely violate our own agreements, disregard rules of law and use public offices to settle personal scores against one another, how much more foreigners. And that is where the public should be very worried.” 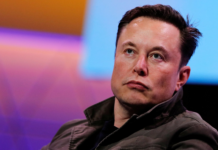