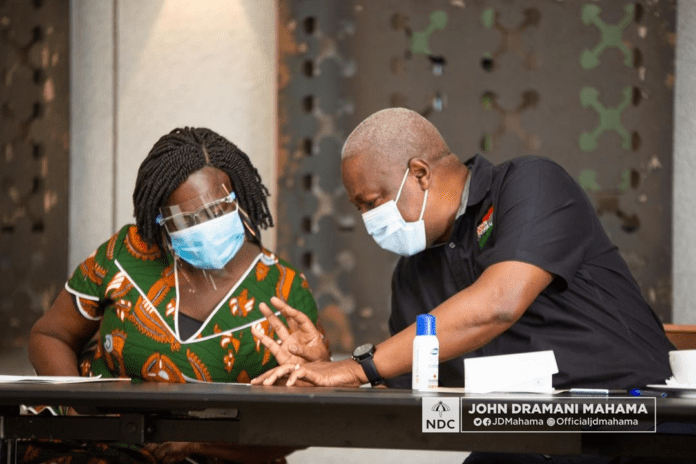 Lawyer luminary Tsatsu Tsikata says it was a very significant decision on the part of John Mahama to have selected Prof Jane Naana Opoku-Agyemang as running mate towards the December polls.

According to him, “I have no doubt in my mind that former President Mahama recognised the powerful impact that the choice of running mate would make for the country. In that respect he was way ahead of many people in the NDC.”

He made this comment in a zoom conference organised by the Centre for Social Justice under the theme; “The Rawlings – Mills Axis of the NDC and President Mahama’s Choice of Running Mate.”

He said, “It is clear to me that the NDC is well served by amplifying this voice of the running mate by ensuring that amidst all the din of partisanship, amidst all the chatter of irrelevance, her message for the nation is heard.”

He added that Professor Agyeman’s selection as running mate could write a better chapter in the history of Ghana, and advised women to take opportunity of the situation and position themselves in places of leadership.

“Let us consider particularly how women can seize this moment and take up their rightful positions in the leadership of this country. You do not need me to tell you what this decision can mean for women and the nation at large.” He said.