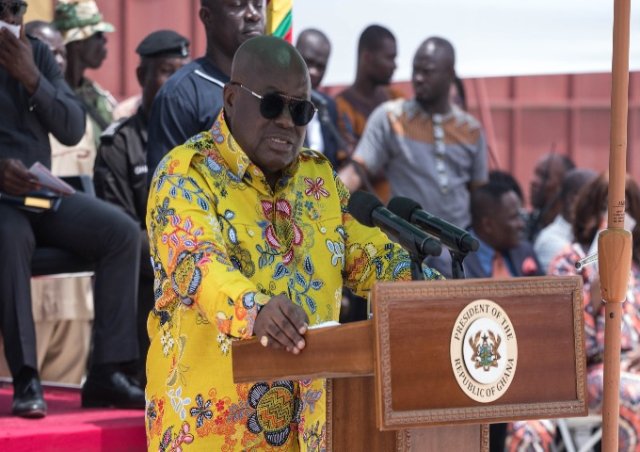 President Nana Addo Dankwa Akufo-Addo has urged the police administration to treat any person involved in political party violence or vigilantism as a criminal.

The President believes that the growing phenomenon of political party violence would be brought to a minimum if the police deal with the perpetrators as criminals and treat them as such.

“Crime is crime. It has no political colour and the police should act against any person or group of persons engaged in unlawful acts,” President Akufo-Addo said.

He was speaking at the annual WASSA get-together of the Ghana Police Service at the Police Headquarters in Accra on Friday.

President Akufo-Addo said the growth of political vigilantism was a worrying and unacceptable phenomenon that must be curtailed by the police without fear or favour.

He said the fight against political party vigilantism would be successful if the perpetrators were dealt with without any considerations to the political alienations.

He appealed to the police to lead the fight against the phenomenon and added that the police had the full blessing and support of his administration in that regard.

As part of the efforts to end political vigilantism, he said the Attorney General was in the process of drafting specific legislation to tackle the matter for approval by Parliament.

“I am asking for the full support of the Police Service in the passage of the law and in its enforcement. We owe it to the Ghanaian people and to generations yet unborn to maintain the peace and stability of our nation which our generation enjoys,” he said.

President Akufo-Addo expressed the government’s commitment to support the police administration and provide them with the means to carry out its mandate.

He thanked the police for the excellent display at the ceremony to commemorate the country’s 62nd Independence anniversary, and described their performance as outstanding.

He also expressed the country’s gratitude to the police for engaging in operations such as the Operation Cow Leg to maintain law and order, Operation Vanguard to combat illegal mining and reduce environmental degradation, among others.

The President entreated the police to be professional at all times, protect and serve the public with dignity, and strive to whip up public confidence and support.

He also promised to provide the police the necessary logistics to enable the police carry out its functions well.