The Ghana Nurse and Midwife Trainees Association (GNMTA) has passionately appealed to the government to pay allowances and all outstanding arrears.

The association, in a statement released on Monday, said its members are owed allowances and arrears spanning over eight to 13 months despite several complaints.

The statement noted that most parents and guardians have stopped paying their wards’ fees because they believe the allowances can cater for them.

A situation they bemoaned has posed threats and a lot of difficulties to the academic works of trainees.

Even though they have lauded the efforts of the government in restoring the allowances which former President Mahama cancelled, they have appealed to the government to come to their aid and rescue them from the dire situation. 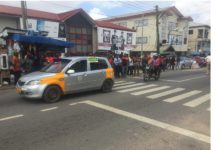