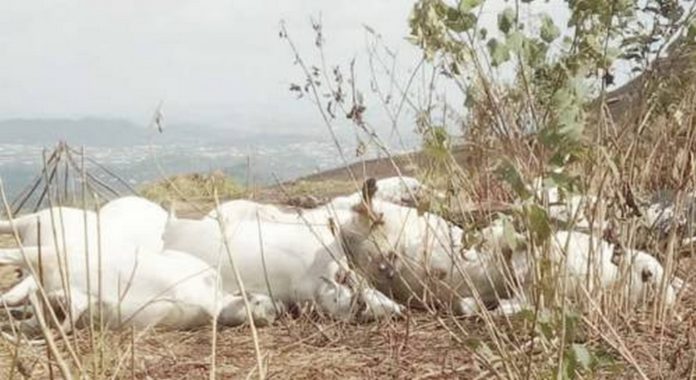 Thunderstrike has reportedly killed 13 cows in Atan-Ota, a community in Ogun State on Wednesday, April 21st.

According to the community’s traditional chief, the incident was a natural occurrence, although strange in the town.

A video showing the dead cows was shared on social media, and netizens have suggested that the cows were killed using “diabolical” powers.

@Teminikan18 wrote, “Who wan touch am, you no know jazz, Nobody can touch it except people that worship sango”.

@AdejokeOjugbele wrote, “Wahala for who no fear ota people o”.