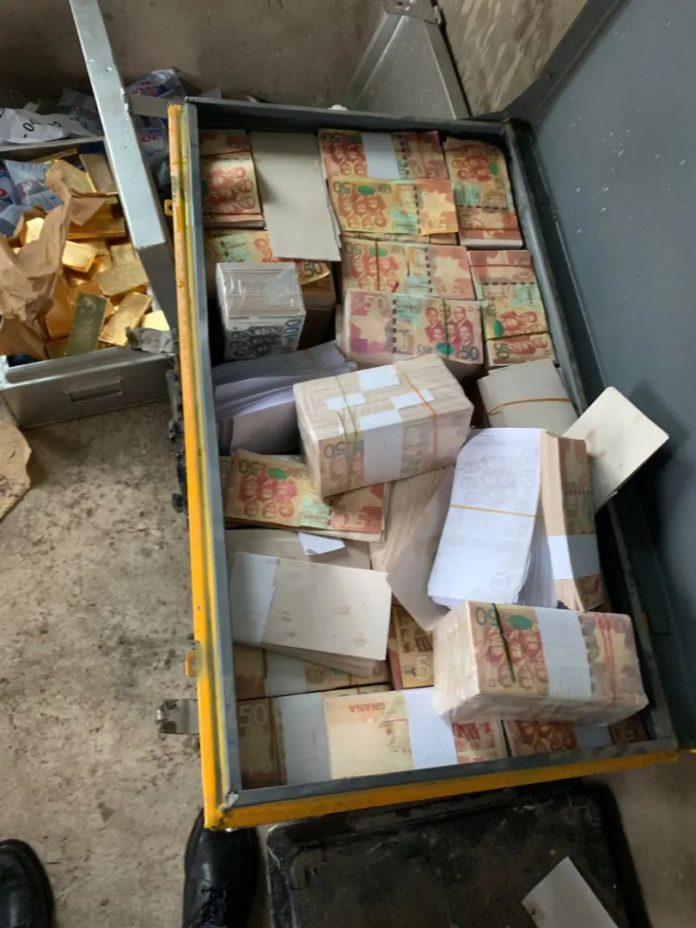 They were arrested in an attempt to escape in a Toyota Corolla vehicle with registration number GW 3409- 19 at Atorkope.

The Adjen Kotoku District Police Commander, Superintendent Benjamin Dokurugu, explained that on Saturday, April 16, 2022, at around 6:00 pm, “the Police Command picked an intelligence to the effect that a male adult believed to have fallen victim of a suspected fake money doubling syndicate has been murdered and covered with a trip of sand at a location near Adjen Kotoku onion Market”.

He said, “based on the tip-off, the Kotoku Police quickly mobilized and raided the scene at a gated plot of land that has two single rooms built on it and roofed”.

He added “prior to the raid, three suspects namely Seidu Sam Yaley- 28, Samuel Yormekpe-42 and Nicholas Atsidokpo Kade- 40 were arrested in an attempt to escape in an Ash Toyota Corolla vehicle with registration number GW 3409- 19 at Atorkope.

“The team fired and deflated two tires of the said vehicle. The keys to the said gated compound were retrieved from suspect Seidu Sam Yalley”.

He further explained that they called for re-enforcement and therefore, “Chief Superintendent Joseph Oppong Greater Accra Regional Crime Officer and Chief Superintendent Francis Somian  Amasaman Divisional Police Commander arrived at the scene with support teams to assist in breaking into the two rooms.

“A search in the rooms led to the retrieval of eight large metallic boxes and 15 small metallic boxes containing fake GHC 200,100, 50 notes and 100 USA dollars notes wrapped together with white papers in bundles. One Money printing machine and pieces of gold like metals suspected to be fake gold from the rooms.

“The team extended enquiries to the back of the two rooms and found a trip of heaped sand and based on suspicion a pay loader machine was engaged to relocate the heaped sand for investigations”.

Supt Dokurugu said in the course of doing so, the body of a male adult believed to be in his forties was exhumed dead.

“The crime scene management team were called to the scene to assist investigations. Upon inspection, the whole body of the deceased has peeled off”.

He said “photographs were taken after which it was conveyed to the Police hospital morgue for preservation awaiting identification and autopsy”.