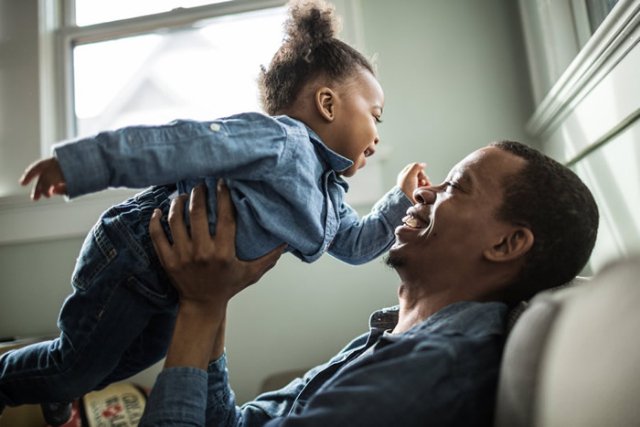 There are great fathers who have laid down their lives to make their children who they are today.

However, there are equally bad ones whose children’s potential could never be a reality because they were never there for them.

Fathers’ Day may not bring so much excitement because it reminds many of the uncomfortable situations their fathers put them through. It brings back memories of the good father they never had.

Unfortunately, there are many fathers who keep repeating the errors of their fathers. Like a vicious cycle, their sons also tend to repeat these errors because a man likely takes after what he has been exposed to. In other words, if we don’t respect our wives, our sons are likely not to respect theirs, too. It is probable that our sons will treat their women just as we treated their mothers. This is why every father ought to be today what he expects his children to be tomorrow.

The error of womanising!

Having multiple sexual partners comes with a lot of headaches. Womanizing is one hell of a pleasure that hurls undue pressure at everyone around you. Our spouses have their share of such as much as our children. Everyone bears the brunt of your wanton pleasure.

A womanizer eventually makes more children than he can take care of. He spends his money where he would have saved if he had zipped up. At the end of the day, he doesn’t only make extra families but extra troubles too because everyone would want to have a bite of his properties. Little wonder poverty is the next door neighbour of womanizing!

Cheating is the root of most family troubles. Most men could not be the great fathers they dreamt to be because they followed their lust wherever it led them. Before they knew, they had to bring on a second wife. And then, a third. And then, a fourth.

Beautiful women will continue to be born. This is why every young man must know that they will definitely come across women who may appear to be more befitting wives than those they married. However, they need to stick to the vow they made at the altar.

If you were a victim of your father’s sexual escapades, don’t make your spouse and children victims, too. A father is supposed to be the moral head of the family. He has to do the right things he expects his children to do!

The error of disliking your children because of their gender!

Many fathers have abandoned their children because they were not what they expected. Others have treated such children with disdain. It is an error to treat another as less human because they were not your expectation. If God gives you a boy when you prayed for a girl, thank Him and raise that child to His glory. If He gives you a girl in place of a boy, accept your fate and treat her like a royal.

The error of abusing your spouse and children!

Growing up in a patriarchal society like ours, some men think of themselves as gods in the home. They want to have their way all the time. Everything should be skewed to their favour. They soon become fearsome monsters who are feared by not only their spouses but their children, too.

When a home is run like a military base, abuse is inevitable. Children and spouse of the man become his yes men. They nod to every order and succumb to every command of his. In such situations, he mistakes fear for respect. Unfortunately, the children fear him but have no iota of respect for him. When they soon become independent, their lack of respect becomes evident.

A man should not abuse his spouse or children under no circumstance. If your father used to verbally abuse your mother in everyone’s presence, it doesn’t make it right. If he used to physically abuse you all at the slightest provocation, don’t mistake it as a corrective measure.

Abuse of any form should not be accepted in our homes. If your children fear you, know that it’s a recipe for disaster. If your spouse is afraid to share with you everything just because of how you may react, know that they may not tell you of a pending danger even if they see one.

If you are a man today, you have a duty to be worthy to be celebrated on Fathers’ Day not because it’s a necessity… but because you deserve it. Happy Fathers’ Day! Cheers!

Kobina Ansah is a Ghanaian playwright and Chief Scribe of Scribe Communications (www.scribecommltd.com), an Accra-based writing firm. His new play, THE BOY CALLED A GIRL, shows on July 20th at National Theatre.