Thousands of children, including a boy aged five, have been investigated for sexting, the BBC has learned. Nearly 400 children under the age of 12 have been spoken to by police in the last three years in England and Wales.
Figures obtained by the BBC show more than 4,000 cases since 2013 where children have taken explicit pictures of themselves and sent them to others. It is illegal to possess, take or distribute sexual images of someone who is under 18, including of yourself.
The five-year-old, from County Durham, was spoken to by officers of Durham Constabulary last year. He is the youngest person to be investigated for sexting by police forces in England and Wales who responded to a BBC Newcastle request for information. The force’s DCI Steve Thubron said sexting issues were dealt with on a case by case basis, with a focus on safeguarding children.
He said incidents were recorded in line with national crime recording standards. “We deal with incidents proportionately and obviously do not criminalise children,” he said.
“We have worked with other agencies to provide advice and guidance to both schoolteachers and young people. “We would urge any children who are worried to speak with a trusted adult or call 101.” The most common age of those involved in sexting is 13 or 14.
A 10-year-old boy – only just at the age of criminal responsibility – has been cautioned by Northumbria Police for sexting. The boy sent a sexual image of himself to an 11-year-old child using Oovoo – a free social media video and image sharing app. Greater Manchester Police recorded the highest number of child sexters with 695 cases looked into – including four seven-year-olds and four eight-year-olds. ‘Very little privacy’ Even if a child isn’t prosecuted for sending, distributing or possessing an indecent image or video, once it has been sent, it is no longer in the sender’s control.
If the content is then posted on a public social media page, it could be viewed by friends and family, or potential employers. Many children have spoken of instances where an image has been shared with a girlfriend or boyfriend, only for the image to then be circulated more widely.
Kerry Smith of Plan International UK, which works for children’s rights, told the BBC’s Victoria Derbyshire programme: “Girls are being pressured – sexting is a gendered issue – more girls are being asked to share.
“There are double standards.
When they do (share), the girls are shamed, not the boys who are holding the phones or the pictures or asking for them.” She said education was key. “People know there’s an issue.
They want that knowledge shared with their children and we’ve got to make sure that’s what’s happening in our schools,” she said. Natalie Smith educates children about issues including sexting through a theatre group.
She said young people believe the phone is their personal, locked property, but actually it’s often the parent who is liable for its content because they pay the bill.
“We try to help them understand that very little is private on the internet, and anything they share on their phone, their parents can have access to and would be able to see,” she added.
“That often is enough to make them think about exactly what they’re doing.” ‘Significant distress’ The National Police Chiefs’ Council’s lead for child protection, Chief Constable Simon Bailey, said while police took a “common sense approach” it was important not to view it as harmless teenage behaviour.
“There are significant risks involved for children and young people; once an image is sent, control is lost, and it can cause significant distress when it gets into wider hands,” he said. 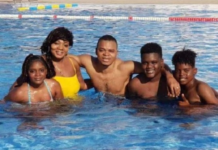 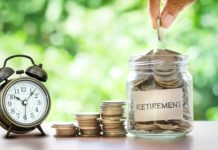 Vehicle crashes mother, 2 children to death while returning from church