Burkina Faso’s former president Blaise Compaoré has received a life sentence in absentia for his role in the assassination of his revolutionary predecessor, Thomas Sankara.

Sankara, 37, was gunned down along with 12 others during the 1987 coup d’état that brought Compaoré to power.

The pair had been close friends and had jointly seized power in 1983.

Sankara remains a hero for many across Africa because of his anti-imperialist stance and austere lifestyle.

Compaoré has lived in exile in Ivory Coast since he was removed from office following mass protests in 2014, and has taken up Ivorian nationality.

Thirteen others were also found guilty, including Compaoré’s security chief Haycinthe Kafando, who was accused of leading the hit squad that killed Sankara.

He too was tried in absentia and received a life sentence.

They had both denied the charges.

Gilbert Diendéré, one of the commanders of the army during the 1987 coup and the main defendant who was actually present at the trial, was also sentenced to life.

He is already serving a 20-year sentence for a 2015 coup attempt. 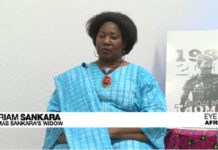 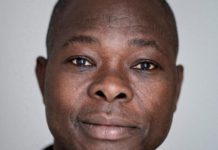