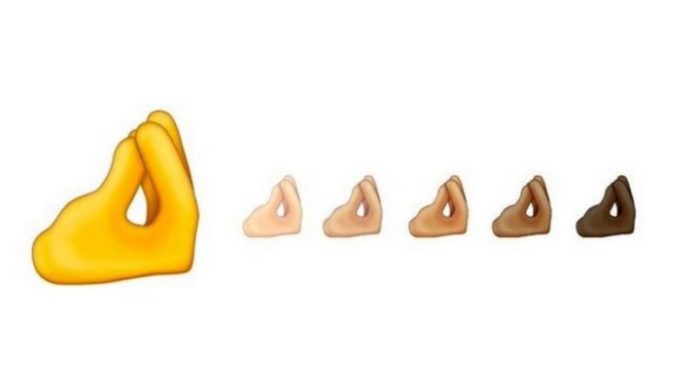 Is it a way to show disbelief, a way to ask others to be quiet, or a cute gesture popularised by a K-Pop star?

It’s called “pinched fingers” and depending on where you are in the world, a new emoji announced by the Unicode Consortium, which approves standard emojis worldwide, could have a completely different meaning.

Its official purpose, according to the emoji’s creators, is to represent the way an Italian might ask “what do you want?”.

But that has not stopped its differing interpretations worldwide since the icon was debuted in January 2020.

In a 14-page proposal for the emoji, creators of the “pinched fingers” icon suggested that the gesture would be representative of Italian culture because “everybody knows Italians speak with their hands” – but may have other meanings elsewhere.

“We expect this emoji to be widely used not only in Italy and other Mediterranean countries,” it says, “but also, more broadly, worldwide because of the increasing popularity of Italian culture and way of life.

“You will find people using this particular configuration of the fingers in most cultures, it is simply a universal form of signing.”

For example, according to journalist Kim Zetter, the gesture can have a myriad of meanings in Israel.

In Israel, you generally use this gesture when you're annoyed or angry with someone – it means "hold your horses," "just a minute", "be patient" or even "wtf?" Apparently, not everyone uses it this way. I'm guessing this new emoji is going to be confusing. https://t.co/7Ngje3Rd5V

In Nigeria, it was suggested the gesture could be the emoji version of “gbas gbos” – a back-and-forth argument – and in India it can be a way of asking if somebody is hungry.

In the Arab world it could be a gesture a mother would use toward her child.

This emoji represents several things in the Arab world, including two extremes: شوية شوية (slowly, wait, calm down, patience etc) or رح تشوف (you will see what will happen to you, as in a threat)… https://t.co/n4qK6cdjqj

There are of course various comedy interpretations which have emerged, such as one person’s claim it represents eating without utensils, or another’s suggestion that with a simple flip it could mean “a pinch of salt”.

There are also a legion of people who will see the emoji and instantly think of K-Pop star Yuri, who is known for making a gesture with her hand in the shape of a dumpling.

It is often associated with the phrase “I mandu you” – with mandu being the Korean word for dumpling – because fans joke about the pose being her way of saying “I love you” to them.

To have an emoji created, a person must make a detailed application for it to be included in Unicode, the system which makes text and emoji function on electronic devices.

This is how the same emoji can appear across different devices, regardless of whether it is an Apple or Google product.

The most recent batch of emojis to be released in 2020 also includes gender-neutral wedding symbols and the trans flag.

A pickup truck emoji approved by Unicode is thought to have been inspired by Ford, the US carmaker, which petitioned Unicode for the icon.