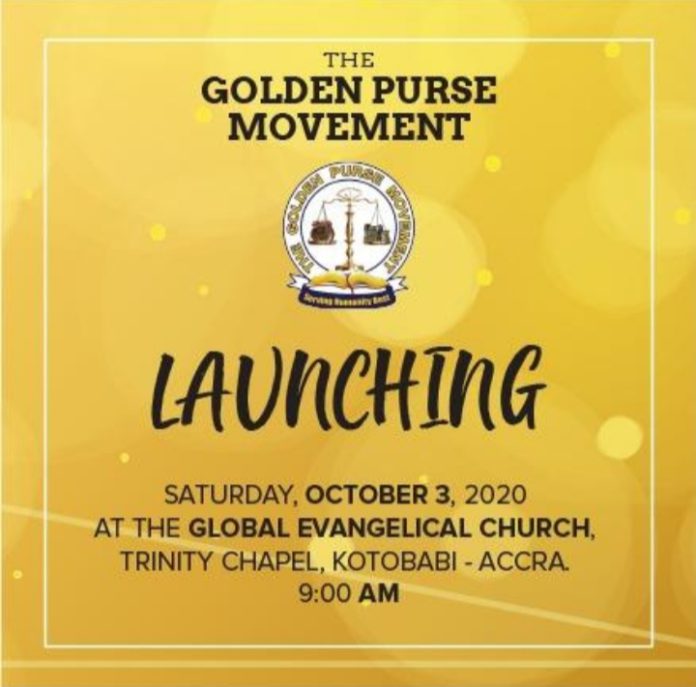 President of The Golden Purse Movement, Richard Amenuveve, has confirmed in an interview that all is set for the movement to be launched on October 3, 2020, at the Global Evangelical Church, Kotobabi, Accra.

The Golden Purse Movement is a non-governmental organisation registered as a company limited by guarantee to champion the course of creating long-lasting financial freedom for members as well as provide social support for humanity following a call by the National Pensions Regulatory Authority to educate and encourage Ghanaian citizens to plan for their future.

The Movement was built on a biblical principle practicalised by the book titled ‘The Richest Man of Babylon’ by George S. Clason to ensure that the world is made a better place of all.

Mr Amenuveve, being one of the founding members of the Movement, was optimistic that the group, when launched and opened to the public, will become a world-class movement to create financial freedom for many, especially those in the informal sector to cure the looming danger of 1% out of 85% of the country’s workforce that is registered on the pension scheme as recently stated by the Chief Executive Officer of the National Pensions Regulatory Authority, Hayford Atta Krufi.

Israel Aklorbortu, the General Secretary to the Movement, also mentioned that the focus of the movement is to ensure that everyone in his or her old age should have financial estate and must not become a burden on their children.

All are, thus, invited to participate in the launch and register with the Movement.