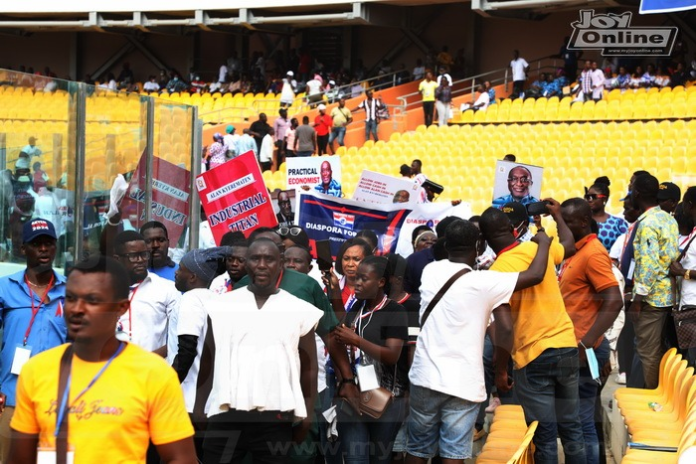 The Tertiary Students Confederacy (TESCON) has announced its decision to suspend all activities on various campuses.

This follows an injunction that barred some 291 members from casting their vote in the 2022 New Patriotic Party (NPP) National Delegates’ Conference.

In the party’s defence, the injunction was received on Friday evening and it was late in relaying the message to the group.

But the TESCON delegates have refused to accept the excuse.

In a statement issued on Monday, the Confederacy observed that there was careful orchestration to exclude TESCON from the event.

“Allocation of stands were made for all delegates with the exception of TESCON at Accra sports stadium which clearly indicates that the party did not factor us and never valued us in the planning of the whole event,” the statement read.

According to them, the move was disheartening and reveals that the leadership of the NPP does not have the interest of TESCON at heart.

“[NPP leadership] does not recognise us as the intellectual wing as it has always been professed by the party because for you to bus intellectuals from various regions for them to travel miles to the capital city of the country, risking their lives just to disenfranchise them without any reason is just disheartening,” part of the statement read.

It is on the back of this development that they have decided to suspend all activities on campus to drum home their displeasure.

The suspension is to take place until the petitioner who sought the injunction is revealed.

“Until we see the said injunction, the one who placed the injunction and the reason for the injunction and also give us positive assurance to settle as soon as possible the ambiguity on TESCON Representations during Regional and National Conferences in the next Annual National Delegates’ Conference, otherwise we will advice ourselves accordingly,” the statement was categorical.

The message was directed to President Nana Akufo-Addo, Vice President Dr Mahamudu Bawumia, the Chief of Staff and the NPP’s General Secretary and National Chairman.