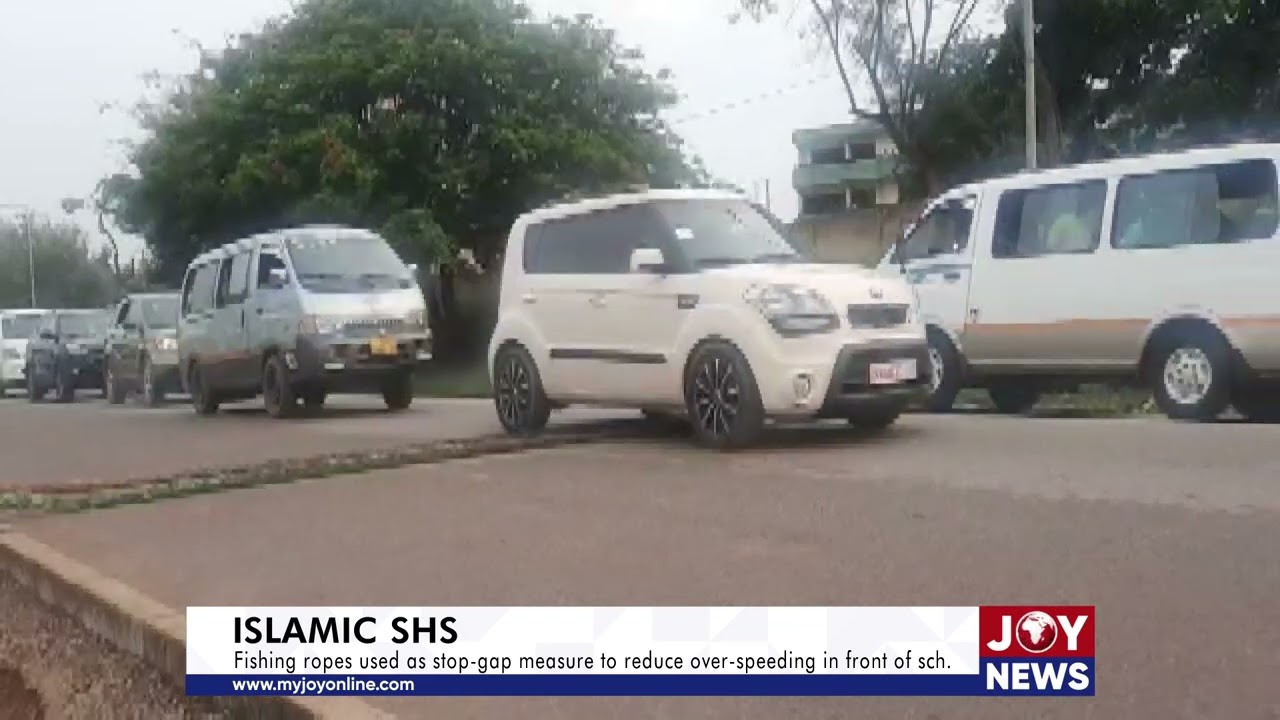 The Police administration and the Urban Roads Department have put anchor ropes on a section of the Abrepo Junction-Barekese road to reduce speeding and pedestrian knockdowns in front of the Kumasi Islamic Senior High School.

This temporary measure is part of strategies being put in place to ensure the lives of students and teachers of the School are safe, while construction of appropriate speed rumps take place.

About 25 students of the school were hospitalised on Monday after a Police crowd-control team used pepper spray and fired warning shots in an attempt to disperse the students during their protest on frequent crashes of pedestrians in front of the school.

The Police have since admitted that the method it adopted to control protesting students of Kumasi Islamic SHS was wrong, adding that a more calculated tactic could have been used to address the situation.

According to the Police, “even though nobody was hit by a bullet, the Police handling of the incident was poor and fell short of our standard operating procedure on crowd control.”

In view of this, some top police officers in the jurisdiction have been interdicted including the Deputy Regional Police Commander, DCOP Kwasi Akomeah-Apraku.

“The Police Professional Standards Bureau (PPSB) has commenced a full-scale investigation into the conduct of the officers who were responsible for the Police response,” the Service noted in a statement.

Meanwhile, psychologists have also been deployed to visit the School to offer psychosocial support to the student body.

“The situation at the school is under control and calm has since been restored,” the Police noted.