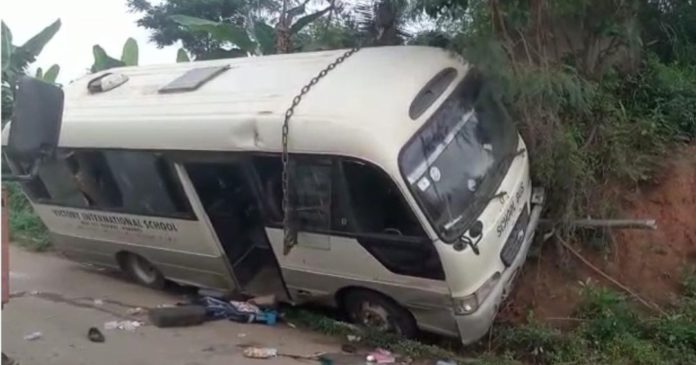 A teacher of the Bekwai Victory International has died after the school bus was involved in an accident on Wednesday, July 13.

The Hyundai bus with registration number AC 1219-18 was conveying pupils back home when its brake failed and crashed into a sideway upon getting to Ahwenie junction at Bekwai.

Bekwai district police commander, who confirmed the report to Adom News’ Isaac Normanyo, suspects that the 28-seater bus was overloaded.

Supt Teddy Damtey Brown disclosed the bus was crashed from the right side, where the teacher on duty was seated.

He indicated that the teacher was alive yet weak, when he was rescued while most of the pupils were in good condition.

Based on the suspicion of overloading, the driver of the bus is being prepared for court as investigations continue.