Tamale The chairman of the MTN FA Cup Committee, Kurt ES Okraku during the unveiling of the FA Cup Mascot explained that after a lot of deliberations, the Northern regional capital deserves to host the 2017 finals.

Tamale according to the owner of Dreams FC believes has contributed greatly to the rise in Ghanaian football talents and cannot be over looked.

“Tamale have produced the likes of Abdul Razak Karim, the Ayew family, Mubarak Wakasu, Baba Rahman, Majeed Waris and a whole lot of others who have in one way or the other helped in the progress of Ghana football,” Okraku stated.

“Tamale and the Northern region have played big roles in Ghanaian football history and they really deserve to host the MTN FA Cup finals. Accra Hearts of oaks and Asante Kotoko have never played each other in the northern region of Ghana and this is going to be the
first time in the history of Ghana football,” he added

Hearts of Oak  and Asante Kotoko On October 29 at the Tamale Sports Stadium, will battle for the elegant trophy and also a chance to represent Ghana in the CAF Confederations Cup next season. 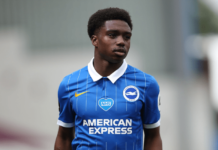