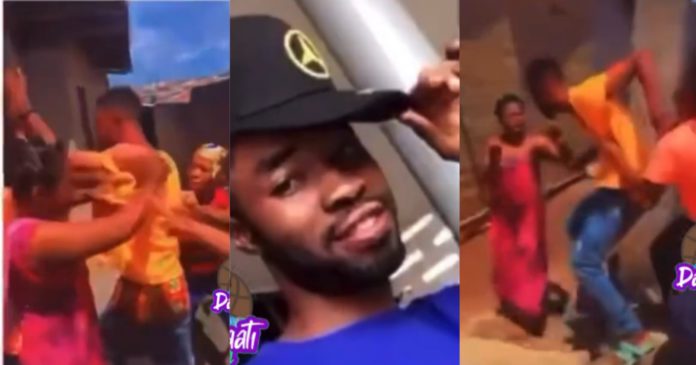 A man who is yet to be identified has been severely beaten by ladies in his area over alleged petty gossips.

In a video that has gone viral, about six ladies are seen attacking the young man who had just stepped out of a house.

Clad in an orange T-shirt and blue jeans, the ladies attacked him from all angles as they hurled insults at him while all attempts by him to defend himself proved futile.

One of the irate ladies was heard shouting: Aisha slap him well; next time, he will not go and gossip again.

The video has generated mixed reactions on social media with many expressing disappointment in his acts. 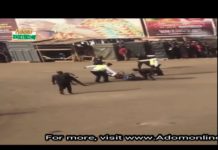