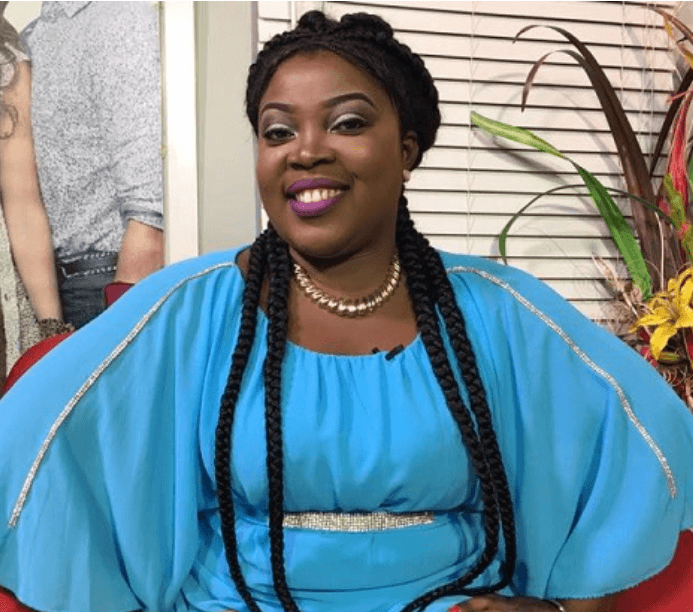 For some years now, the decline in the movie industry’s fortunes has been blamed on the telenovelas, which have taken over our screens. Do a survey across the many television channels and you are sure to find a Mexican, Indian or Brazilian soap airing.

The worst part, for some stakeholders in the movie industry, is the translation of these telenovelas into local languages such as Akan to cater to the masses, which have caused people to lose interest in our local movies.

However, TV presenter, Adwoa Yeboah Adjei, who has become very popular for handling the discussion segments of telenovelas such as Passion and Power, Ask God For Forgiveness Not Me, Wild At Heart, Tomorrow Is A New Day and My Sweet Curse has a different opinion.

SEE THIS: Obour to preach God’s word after MUSIGA presidency

According to her, it’s about time movie producers upped their game instead of blaming telenovelas for their decline.

“The opinion that telenovelas are killing Ghanaian movies is very wrong. Movie producers are not putting in as much as we expect from them hence people’s love for telenovelas. If the storyline is good and acting is on point who wouldn’t watch Ghanaian movies?” she asked.

She said every TV station wanted to make money through its sponsors and has succeeded in getting the attention of viewers through such telenovelas, earning them a lot of sponsors.

“No one should blame television stations because it’s not our fault viewers love them, besides we make a lot of money from sponsors.

“If the movie industry does great, why won’t TV stations get closer to the producers and work with them? The movie industry is not encouraging at the moment and we need to revive it with all seriousness,” she said.

Away from telenovelas, she advised celebrities to keep their lives private to avoid controversy.

“It saddens me that a lot of celebrities are not able to control their private lives and give room for anyone to say anything to them. If you respect yourself and keep certain things away from the public, no one will get the chance to talk to you anyhow.

“No one has heard anything negative about me because I want to keep my private life from the public. I have a lot of people including my four children looking up to me,” she stated.

According to her, no one can disrespect her because she has branded herself well. “I won’t go out and get drunk for anyone to do a video and post on social media. I won’t wear any skimpy clothes for anyone to insult me,” she said.