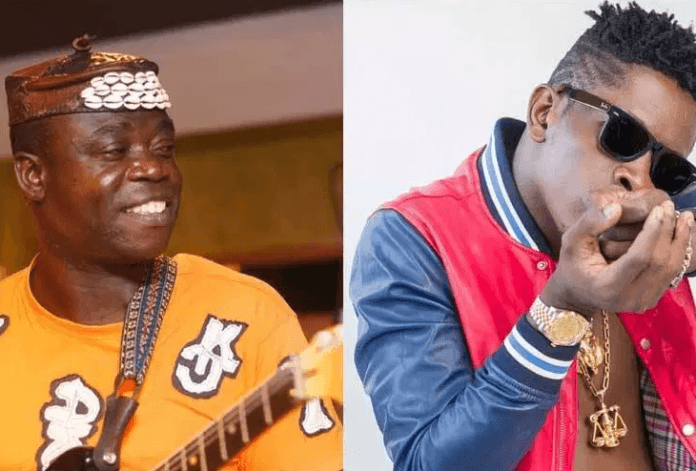 Call Shatta Wale any name and he would thank God for that. According to the Dancehall musician, one of his favourite quotes is “in every disgrace, there is grace” and his loyal fans are ready to go down with him regardless.

Shatta, however, appears to be against his own quotes this time around because he has threatened to slap highlife musician Aka Blay for telling Ghanaians that he is not positively influencing the Ghanaian youth.

“With his large fan base I don’t expect Shatta Wale to use certain words and engage in indecent acts. I know he has the largest fan base in Ghana at the moment but what impact is he making on them?

“The youth are engaged in all sorts of bad activities because they see him as their role model and blindly copy what he does,” he told Showbiz in an interview on Saturday, April 13.

In reaction, Shatta Wale said Akablay only wants to gain some media hype.

According to him, he wouldn’t hesitate to slap the highlife musician when he sees him in person.

He advised Akablay to focus on his career than pay heed to his.

“Some artiste just don’t want to work hard and all they need is hype from my sweat ,so ibe slap dem go chop tek add the hype… Alka blay pray I don’t meet you ..it’s just slap I will give you fool … aboaba aponkye m3333 !!!!,” Shatta Wale posted on his Facebook wall.

RELATED: Shatta Wale is bad influence on youth – Aka Blay