Accolades are flying in for Stonebwoy after he showed his die-hard fan his tender-hearted side.

Stonebwoy paused his performance during the Yam festival in London to rescue his female fan who was being harassed by some unidentified persons.

While delivering an electrifying performance, Stonebwoy noticed the harassers were trying to snatch a lady’s wig, as she struggles to maintain it on her head.

He left the singing to his fans, moved towards the lady in the front row and adjusted her wig.

His action left the lady and other onlookers beside themselves with joy as they chant the lyrics to his Kpoo Keke song.

The wig was completely snatched again and the lady stood helpless.

Ghanaians have described Stonebwoy as a gentleman for seeing to the welfare of his fan.

Meanwhile, Stonebwoy is currently on a music tour in the United Kingdom. 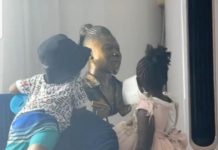 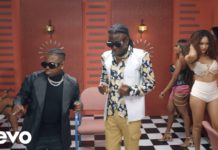 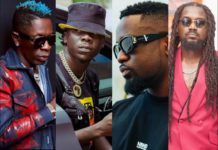 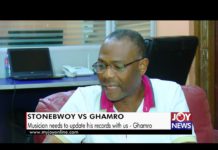 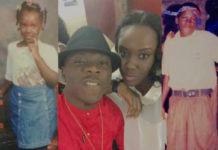