Motown legend Stevie Wonder is reportedly set to tie the knot for the third time.

The 67-year-old music legend is planning to tie the knot with 42-year-old Tomeeka Bracy – the mother of his two youngest children – in front of a star-studded guest-list in Jamaica on June 17.

According to the Daily Mail, Stevie and Tomeeka will get married in front of both family and friends, with Stevie’s other children set to play supporting roles as bridesmaids and groom’s men.

Stevie and Tomeeka have been dating since he split from second wife, Kai Millard Morris. Stevie was previously married to Motown singer Syreeta Wright before they parted ways in 1972.

It’s believed the wedding will be a truly A-List event, befitting Stevie’s status as a living legend in the music industry, with the likes of Sir Elton John and Sam Smith set to be on the invite list.

Divulging some details of the wedding to the newspaper, one guest said: “The guest list is pretty spectacular, and there will be a couple of surprise performances on the night.

“There will be a huge party afterwards as well, and the whole day will be about love, laughter and family.

“Stevie is very close to his, and they will all have a role to play on the big day.”

Mirror Online has contacted a representative of Stevie for comment on the matter.

As well as some mystery performers providing the entertainment, the groom is also said to be planning to take to the stage.

It is thought that Stevie, who has been blind from a young age, will sign the wedding papers using two fingerprints to ensure his vows are legally binding, whilst Tomeeka will go through the traditional process of penning her signature on the official certificate.

The Isn’t She Lovely hit-maker is 24-years his partner’s senior, and it is though that Stevie – who has won 22 Grammys and sold over 110 million records worldwide – has had his bride-to-be sign a pre-nuptial agreement prior to their big day to secure their assets.

His most recent ex-wife, Kai Millard Morris, received a chunk of his £85 million fortune as well as spousal and child support for their sons, Kailand, 17, and Mandla, 11. 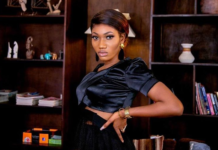 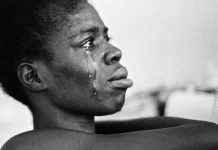