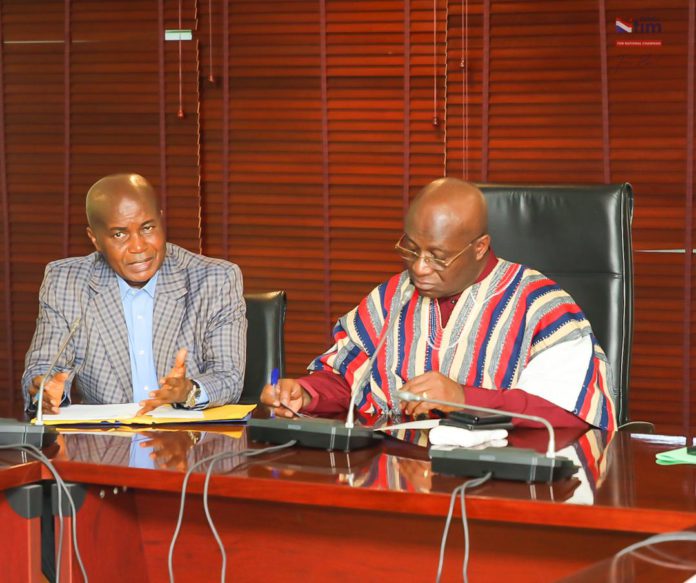 Stephen Ayesu Ntim, arguably the lead candidate for the chairmanship slot in the upcoming national executives’ election of the New Patriotic Party (NPP) has made a solemn pledge to the party’s Members of Parliament.

Mr Ntim has assured the MPs that should he be elected as the National Chairman, he will ensure the party wins more seats than it did in the 2020 elections.

According to him, the party’s inability to win more seats or maintain the number of seats it had prior to the 2020 elections has cost the party in Parliament.

“I am making this promise to you that if I am given the mantle of leadership of the party, we shall regain our list seats and add a few ones to them,” he stated.

He further entreated them to support his bid to become the National Chairman so as to deliver an overwhelming majority of seats in Parliament for the NPP.

“I am appealing to you to support my bid for the National Chairman. I will work hand-in-hand with you and together, we shall retain your seats and reclaim the lost ones. I will deliver an overwhelming majority of MPs in 2024 if you elect me as Chairman on Saturday”

Stephen Ntim met with the Members of Parliament on the side of the New Patriotic Party on Tuesday, July 12, 2022, ahead of the party’s National Executive elections slated for Saturday.

Surveys conducted by several research bodies put Ntim far ahead of his competitors in the National Chairmanship race of the NPP.

Watch other photos of the meeting below: