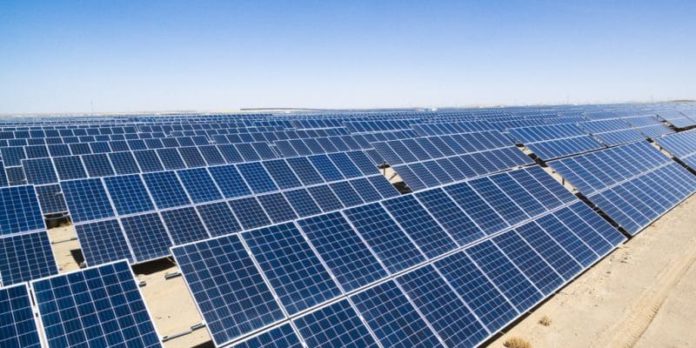 Senior Minister, Yaw Osafo-Maafo, has inaugurated $ 48 million-dollar solar plant constructed by the Bui Power Authority, managers of the Bui Dam at Bui in the Banda District of the Bono Region.

“This further shows my government’s commitment to deliver on its promises. We had promised to increase the Renewable Energy component in our Energy Mix to 10% by 2030,” he said.

The project, he explained, involved the employment of about 350 people mainly from the communities within the Bui enclave.

Already, he said about GH¢900,000.00 had been disbursed to constitute these young people into groups of cooperatives and resource them with the required work tools and equipment.

Chairman of the Board of Directors of the BPA, Afare Apeadu Donkor, said the construction works on phase two of the project, expected to be the first of its kind in the country, is progressing steadily.

He noted the construction of essential foundational services to stimulate economic growth and quality of life improvement that would open the economy and stimulate growth at the Bui dam enclave.

Some of the projects he mentioned included modern clubhouse, an executive lodge for dignitaries, downstream embankment improvement works, amenities for the clubhouse as well as other security installations at various stages of completion.

Meanwhile, the Deputy Minister of Energy, William Owuraku Aidoo, said his outfit facilitated the amendment of the Renewable Energy Act 2011 to repeal the feed-in-tariff scheme to provide the legal backing for competitive procurement of power.

The existence of the hydro power plant puts the Bui Power Authority as the only state owned institution operating entirely in the field of renewable energy.