Former Editor of Kotoko Express, Jerome Otchere, says spending over $5m at the 2022 World Cup in Qatar is a joke.

Ghana exited the tournament at the group phase with three points and finished at the bottom of Group H.

The Black Stars recorded a win against South Korea in their second group game.

The Youth and Sports Minister, speaking on the floor of Parliament after Ghana’s exit, revealed that a total amount of $5,171,040 was spent out of the $8,166,200 budgeted for the team.

But Mr Otchere is of the view that the decision to spend the said amount is a complete joke.

“A management committee member of the Black Stars has said each member was paid $100,000 which we must not be happy about. We must hold the Ghana Football Association [GFA] responsible for how money was spent,” he told Asempa FM on the Ultimate Sports Show.

“We only won a game and the argument is that we came back with a balance of $3m. It is unacceptable because our game is not developing and this should be a cause for worry,” he added. 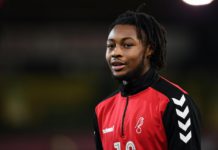