The Speaker of Parliament, Professor Mike Oquaye, has expressed anger at media houses in the country.

Speaking to the House on Friday, Prof. Oquaye warned media houses to desist from misreporting happenings in the House as the ‘appropriate sanctions’ would be applied should another incident happen.

The Speaker’s anger follows a report in the Herald Newspaper that asserted that the Minister for Communications, Mrs Ursula Owusu-Ekuful was ‘running away’ from accountability on the Kelni GVG contract.

The Communications Minister on Wednesday was given a 48-hour ultimatum, to appear before the House on Friday and account for how much revenue the country had made since contracting Kelni GVG as well as clear some controversies surrounding the contract.

The ultimatum issued was after the Minister on three consecutive times failed to show up in Parliament to respond to a question filed by the Ningo-Prampram Member of Parliament, Samuel Nartey George on the controversial $89 million Kelni GVG deal.

But once again, the Communications Minister failed to appear before Parliament, hence the order. 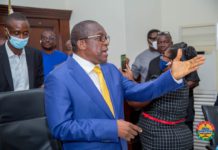 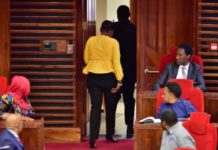