The Minority in Parliament has staged a walk out just minutes before the President could address the house on the 2020 State of the Nation Address (SONA).

The Minority Caucus, clad in black, chanted parts of the Ghana National Anthem as they are seen walking out of the chamber on Thursday.

This was shortly after the President ,Nana Akufo-Addo, assumed his seat.

They sang help us to resist oppressors rule, a phrase in the National Anthem as the staged their walk-out from the chamber.

Meanwhile, the Speaker of Parliament, Aaron Mike Oquaye, has led the house to commence business in spite of the walk-out.

The Minority last week threatened to boycott today’s SONA over the President’s failure to release the MPs Common Fund.

The Minority today has carried out that threat. 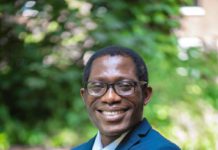 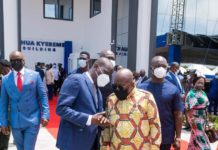