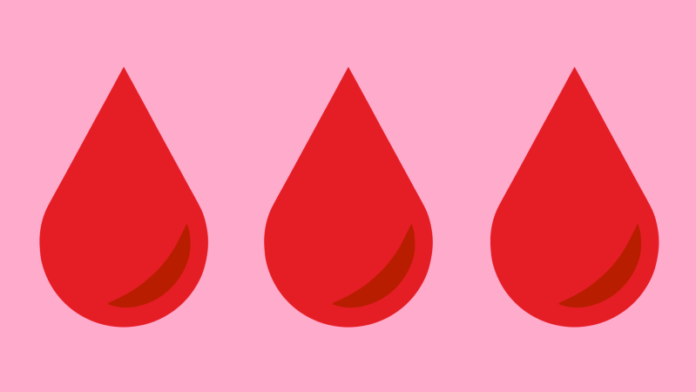 Not talking about periods openly has led to countless silly myths that people still believe today.

Menstruation is a phenomenon unique to girls, however, it has always been surrounded by taboos and myths that exclude women from many aspects of socio-cultural life.

Menstruation is the natural part of the reproductive cycle in which blood from the uterus exits through the vagina.

Taboos about menstruation present in many societies impact on girls’ and women’s emotional state, mentality and lifestyle and most importantly, health.

The challenge of addressing the socio-cultural taboos and beliefs in menstruation is further compounded by the low girls’ knowledge levels and understandings of puberty, menstruation, and reproductive health.

Here’s everything you thought you knew about periods but didn’t.

As long as you and your partner feel comfortable and use protection, it’s totally fine to have sex during your period.

You might even notice you want to have sex more while you’re on your period and that’s normal, too.

Menstruation causes a fluctuation of hormones and increases blood flow which can increase arousal.

“There’s no medical reason why you need to get your period every month.

Some girls skip their periods for health problems, such as anaemia or painful cramps, and others just don’t bleed that month and that’s okay.

Pregnancy is the most common reason for a missed period, but there are other reasons.

Stress, illness, and changes in weight or nutrition can all affect your menstrual cycle.

Your period probably won’t be on an exact cycle, like every 28 days.

Missing a period is even more common in the first year after you start menstruating. It can take from six months to a year for your period to become regular after you first get it

You probably know that when you have your period, you aren’t ovulating, so you might think that means you wouldn’t be able to get pregnant. But that’s actually not the case.

Your ovulation and your menstrual cycle can be unpredictable, and ovulation can happen before, during, and after the bleeding phase, especially if your period is irregular.

You can also bleed even if you’re not having your period, it’s called spotting and when it happens, it can seem like your period.

Even if you’re not ovulating when you have sex, sperm can live in your vagina for up to five days, so if an egg is released during that time, it can be fertilized.

There is no normal age to get your first period. What is normal, is for you and your friends to get your periods at different times.

Most girls start menstruating anywhere between 9 and 15 years old, often around the time that other women in their families got theirs. But, if there’s no sign of your period by the time you’re 15, it’s a good idea to check with your doctor.

Period blood isn’t rejected body fluids or the body’s way of flushing out toxins. Think of it as evolved vaginal secretion, there’s a little bit of blood, uterine tissue, mucus lining, and bacteria.

But it doesn’t change whether or not we can have sex, and it doesn’t mean conditions are less than ideal down there.

Period blood is very different from the blood that moves continuously through the veins. In fact, it’s less concentrated blood. It has fewer blood cells than ordinary blood.