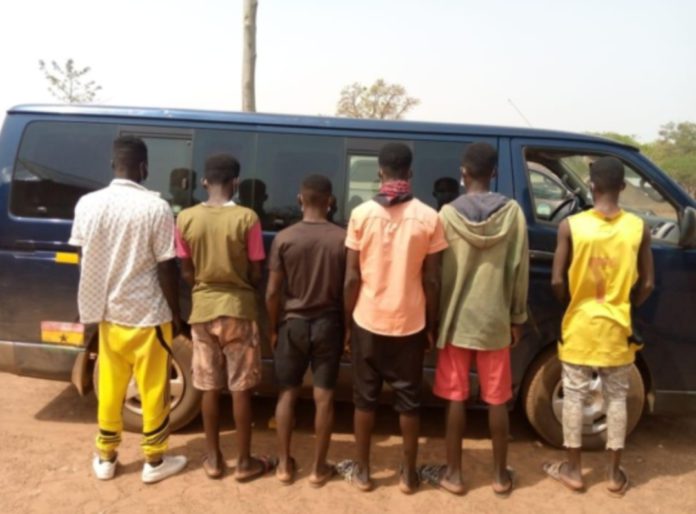 The Oti Regional Anti Human Trafficking Unit has arrested six suspects in two sets of operations for their alleged involvement in the recruitment and exploitation of minors.

On Friday, June 18, a report received by the police led to the rescue of three victims between the ages of eight to 12 years at Scalen near Dambai.

Micheal Amedzeke Robert, 24, was picked up after he was suspected to have trafficked the victims from Bator into the Volta Region.

Also, on Monday, June 21, the police in its second operations arrested three suspects; Kofi Hormekey, 48, Samuel Wornumawu, 36, and Nterim Boanyi, 26, for illegally transporting minors from Dawa near Abotoase in the Volta Region.

Three minors were also rescued in Njari near Damba.

Later on Monday, the Police picked up two additional persons; Mawuko Anagli Albert, 73, and Harmond Teye Ametepe 36, for orchestrating the trafficking of the minors at Njari.

Meanwhile, all the victims have been taken to a temporary shelter. Also, the arrested suspects are to be put before the Jasikan Circuit Court on Wednesday, June 23, 2021.