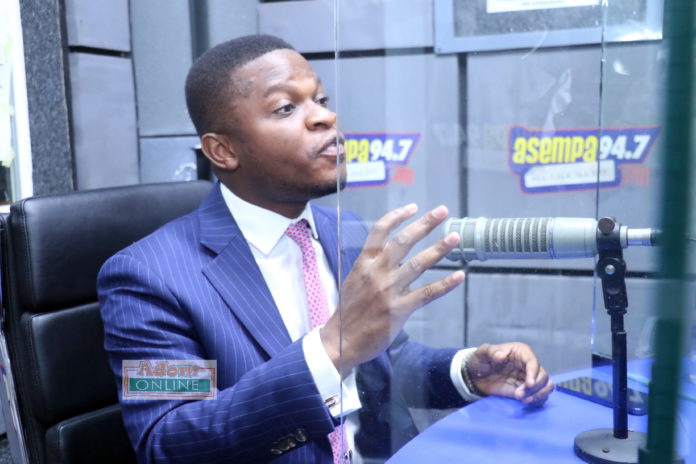 Speaking on Newsfile, on Saturday, he said the deal was built around a barter arrangement, which will see the government pay for the $2bn with processed bauxite, however, the country has not been able to fulfil its end of the bargain.

Mr Gyamfi added that the government has been able to access only $100 million dollars for some of the road projects which represents 5% of the total amount.

“Some of us are not surprised that the much-touted Sinohydro deal has turned out to be a total fiasco. It has turned out so because in the first place it was just propaganda, calculated to prop up the image of the Vice President, to create the impression that he was doing something extraordinary as Vice President when that wasn’t the case,” he said.

This comes after a documentary by JoyNews questioned where the $2 billion Sinohydro money meant to fix Ghana’s infrastructure needs, is.

As part of a memorandum signed between Ghana and China in 2018, Beijing will finance $2 billion worth of rail, road and bridge networks, and in exchange, China will be granted access to 5% of Ghana’s bauxite reserves.

On November 21, 2018, Information Minister Kojo Oppong Nkrumah announced that the first tranche of $649 million from the $2 billion facility has been made available for Ghana to access. However, three years on, only about $100 million of this amount has been released to Ghana.

Meanwhile, many of the projects, including the Adentan-Dodowa road which was one of 10 lots approved for phase one under the Chinese sponsored Sinohydro deal remains undone.

However, Mr Gyamfi believes that the government will not be able to access 20% of the $2bn earmarked for the SInohydro deal by 2024.

He said the country needs an integrated aluminium industry to process bauxite. However, the government is not only yet to start mining bauxite at the Atewa forest, but we don’t have a refinery to process the bauxite.

“This is what happens when you have a group of people in government who specialise in building castles in the air. So I can tell you that they are not even going to get 20% of that $2bn by 2024, because the Chinese are not “fools.

“They know that you are supposed to pay them with proceeds from your processed bauxite,” he added.