Sickle cell disease, also known as sickle cell anemia, is a group of disorders affecting the red blood cells in the body.

SCD causes the body to create abnormal hemoglobin cells. Hemoglobin is the protein that carries oxygen through the body. The resulting cells have a sickle or crescent shape to them, which is where the disorder gets its name.

This article will also look at the symptoms and diagnosis of SCD, as well as treatment options for people affected by the condition.

SCD is genetic, meaning that it is passed through the bloodline of people who have it. It is possible for people to have only one sickle cell gene, so they do not have the disorder themselves. These people may pass that gene to their children, who are then at risk for contracting the disease if their partner has the gene also.

Sickle cell disease affects people of every background. According to the Centers for Disease Control and Prevention (CDC), people of sub-Saharan African descent are most likely to have the gene for SCD. It is also more common in South and Central America than in other areas of the Western Hemisphere.

What does sickle cell disease do?

SCD directly affects the hemoglobin cells in the blood. These cells carry oxygen around the body, so they are very important for keeping other areas of the body healthy.

The abnormal sickle-shaped hemoglobin cells associated with SCD do not last as long as normal hemoglobin cells. This leads to a lower number of healthy red blood cells in the bloodstream at any one time. This can cause problems in nearly any area of the body.

The sickle shape of these cells also makes them prone to sticking in blood vessels and blocking the flow of blood to nearby areas of the body.

A sudden episode of pain in the body is called a sickle cell crisis.

Because SCD affects the blood, symptoms can appear almost anywhere. For instance, people with SCD have a greater risk of problems with thinking and the lungs. It is therefore important for people with SCD to be regularly screened by a doctor.

Acute chest syndrome accounts for the largest number of hospitalizations and deaths associated with sickle cell disease. Because of this, smoking may be seen as one of the biggest avoidable risk factors for people with SCD.

The problem may be that smoking causes less oxygen to reach the blood through the lungs. In a person with SCD, this is especially dangerous because their blood is already prone to having low oxygen levels. Secondhand smoke may also pose a threat to people with SCD.

Diagnosing SCD has become easier over time. All that is required is a simple blood test to see if someone has the condition. It is usually recognized at birth with newborn screening tests in the U.S., but not all countries check newborns.

Because SCD is genetic, anyone with a genetic history of sickle cell disease should have a discussion with their doctor if they are deciding to have children. Women who are pregnant should receive extra care and attention to find and treat problems before they arise.

Prenatal tests exist as well, which allow people to tell if their baby has SCD even before it is born.

SCD is a lifelong disorder. Because of this, it is important to think of the long-term options that will enable a person with SCD to lead a long and happy life. To do this, a combination of medical options and lifestyle choices are usually recommended.

Medical treatment for SCD involves educating people about reducing their risk factors, as well as taking regular screening tests and having frequent checkups in order to track the condition.

Because people with SCD are more prone to infection, the CDC recommend regular vaccinations to prevent serious infection. The CDC also advise adults to get the flu vaccine every year, as well as the pneumococcal vaccine and any others recommended by a person’s doctor.

Quitting smoking is suggested for people with sickle cell disease.

The CDC also recommend that

People with SCD will also undergo regular blood and urine tests, oxygen saturation tests, eye exams, ultrasounds, and cognitive tests. These are all used to track a patient’s risk for complications from SCD. People should work directly with their doctor to determine the best plan of action.

Treating symptoms is handled differently in every situation. There are often combinations of pain medication and relief techniques used to treat symptoms like acute and chronic pain. Other symptoms, like anemia and acute chest syndrome, often require hospital visits.

Some people are given medications to increase another type of hemoglobin called fetal hemoglobin. This hemoglobin makes it less likely for the sickle cells to change shape and cause problems.

Some people may also need blood transfusions, particularly if they have had a stroke from SCD.

At present, the only permanent treatment method is called hematopoietic stem cell transplantation, which has its own risks and complications. It is usually reserved for severe cases of SCD.

Much of treating SCD lies in preventing episodes before they occur. In order to do this, many people with SCD find that taking steps to support a healthful lifestyle in general provide them with some relief.

People with SCD should consider quitting smoking, and should try to limit their exposure to tobacco smoke. Parents of children with SCD should stop smoking as well, in order to protect their children.

Those with SCD may also benefit from eating a well-balanced diet and limiting the amount of alcohol they consume. Keeping the blood as healthy as possible can also help to limit the symptoms of SCD. Plenty of rest is also a necessity for people with SCD, as they may become tired more easily.

It is also important for people with SCD to keep their heart healthy. Allowing the heart to pump blood more efficiently keeps fresh oxygen circulating through the body. Because of this, many people with SCD benefit from regular exercise. 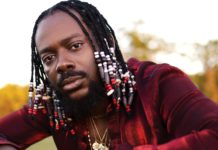 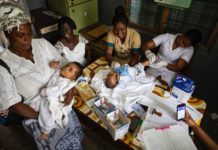