The Chairman of Rabies in West Africa (RIWA-Ghana), Dr. Richard D Suu-ire has disclosed that one person loses his life as a result of rabies globally in every 15 minutes.

Speaking at the World Rabies Day held at Lawra in the Upper West region, he stated that early medical attention is key in saving lives of rabies-infected victims.

Rabies is a viral disease that causes inflammation of the brain in warm-blooded animals. The disease is zoonotic, meaning it can be transmitted from one specie to another, such as from dogs to farm animals, commonly by a bite from an infected animal.

For a human, rabies is almost invariably fatal if post-exposure prophylaxis is not administered prior to the onset of severe symptoms.

World Rabies Day is therefore held every year to raise awareness about the impact of rabies on humans and animals, provide information and advice on how to prevent the disease and how individuals and organizations can eliminate the main global sources.

This year’s event was held in the Lawra Municipality of the Upper West Region on the theme: ‘End Rabies-Collaborate, Vaccinate.’

The Deputy Minister For Roads and Highways and Member of Parliament for Lawra, Anthony Nyoh Abayifaa Karbo who was the special guest of honour noted that pets for that matter dogs are integral parts of the society and hence the need for all shoulders to be on the wheel to ensure that rabies is eradicated completely.

The occasion was chaired by the paramount chief of the Lawra traditional area, Naa Puowelle Karbo III. 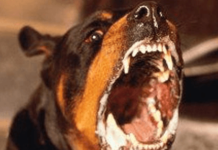