Taking to his Facebook, Shatta Wale captioned the photo:

“It’s a dawn of a new beginning for Ghana football! I had a great time with the newly elected GFA President, Kurt E.S. Okraku, discussing how to empower the youth and move Ghana football to the next level!”

Mr Okraku, executive Director of Dreams Football Club, was elected the new GFA president after he polled 93 votes out of the total votes (120) representing 96.9 percent in the 3rd round of the keenly contested elections held at the College of Physicians and Surgeons in Accra.

Prior to the elections, his contender, George Akwesi Afriyie conceded defeat for him to be crowned winner. 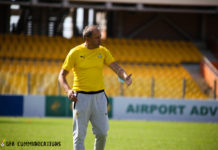 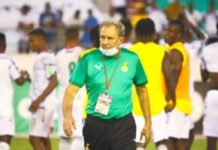