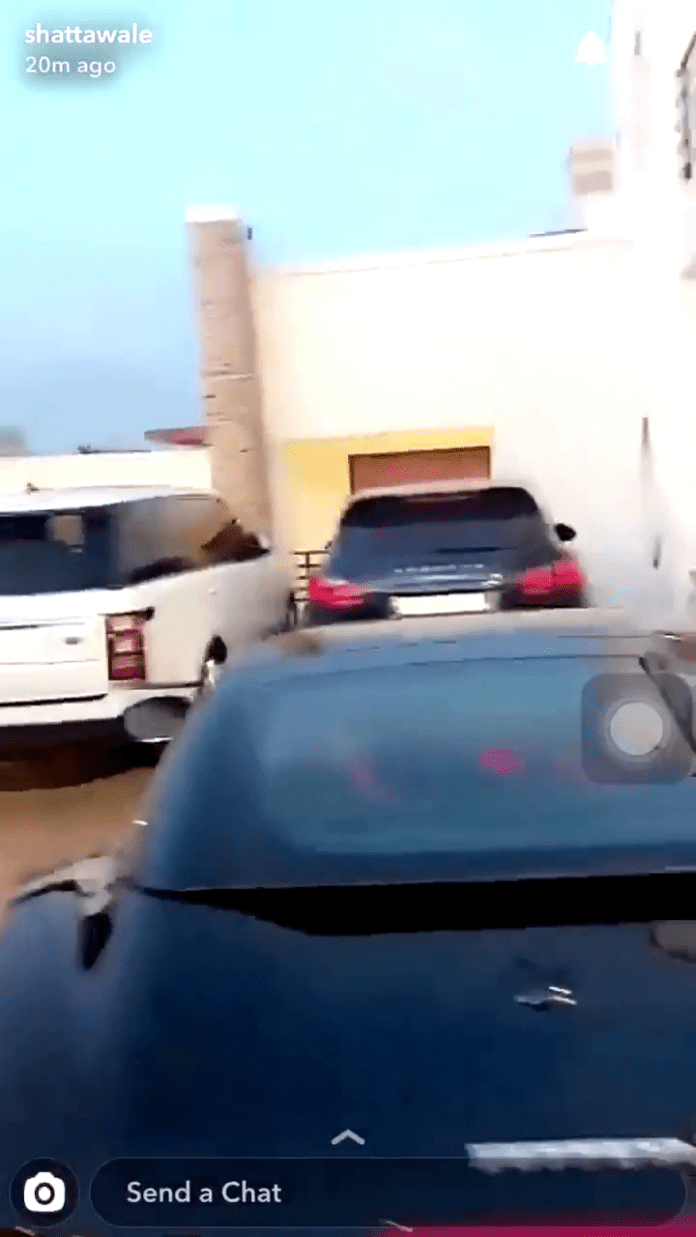 Dancehall act, Shatta Wale, has in a viral video, displayed his wealth to ostensibly encourage the youth to work hard to achieve same.

In the video posted on Twitter, the ‘Dancehall King’ is heard boasting about his remote control entrance gate.

He was also seen flaunting his expensive vehicles some of which were Ferrari, Range Rovers, Mercedes Benz and Audi among others.

Shatta Wale shows off his fleet of flashy cars at his house. pic.twitter.com/xeAGGyhkk9