Musician Shatta Wale’s ex-lover, Shatta Michy, has had enough of the speculations that she is involved in an amorous relationship with Nana Appiah Mensah, popularly known as NAM 1.

Accusations were made by Shatta Wale’s supposed cousin-turned-lover that Michy was dating NAM 1, among other issues relating to the business mogul.

Shatta’s cousin added that Michy’s relationship with NAM 1 is one of the many reasons why she fell off with Wale.

Reacting to the allegation a month after the issue died down, Michy said in an interview that she indeed has a relationship with NAM 1.

She, however, elaborated that it is on a business level and in no way connected to him romantically.

Her reason is that he is a well-known married man and she did not leave her relationship just to be a side chick.

“He is a married man, I did not leave somebody to come and be somebody’s side chick. We’ve met but we don’t even have a close friendship, it’s mainly business”.

She said rumours of her dating NAM 1 hover around her because she has announced her position as a single mother-of-one.

She described the speculations as normal except that “they are ruining her market” now that she is ready to settle down. 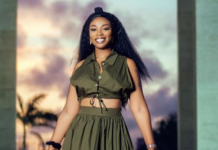 NAM 1 reaches out to KK Fosu for a song deal

Court orders arrest of NAM 1 and 2 others 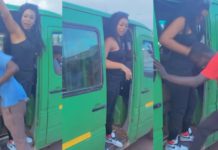