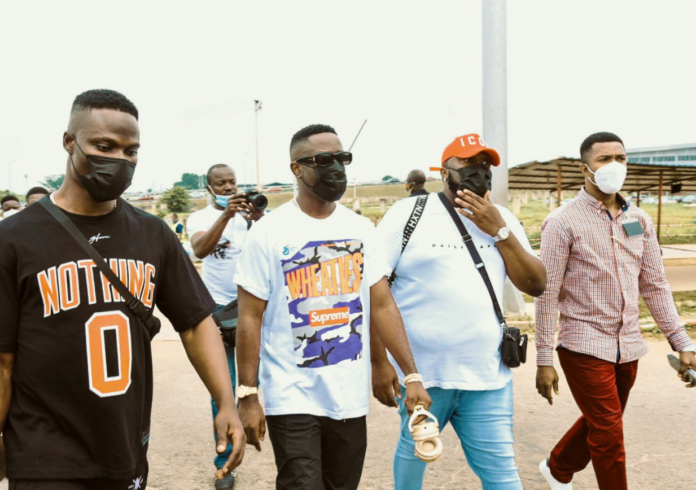 Rapper Sarkodie has taken to social media to share updates of his media tour in Nigeria after he released his No Pressure album.

The rapper is set to promote the album beyond the borders of Ghana and the photos captured him at Nigeria’s City FM for an interview.

One of his songs, off the album, which is topping charts in Nigeria is Non-Living Thing, which features Nigerian musician Oxlade.

It’s unclear how many radio stations the Highest rapper will visit for the tour but it’s certain the numbers for his album will shoot up drastically.

Check out some of the photos he shared with his Sarknative fans below: