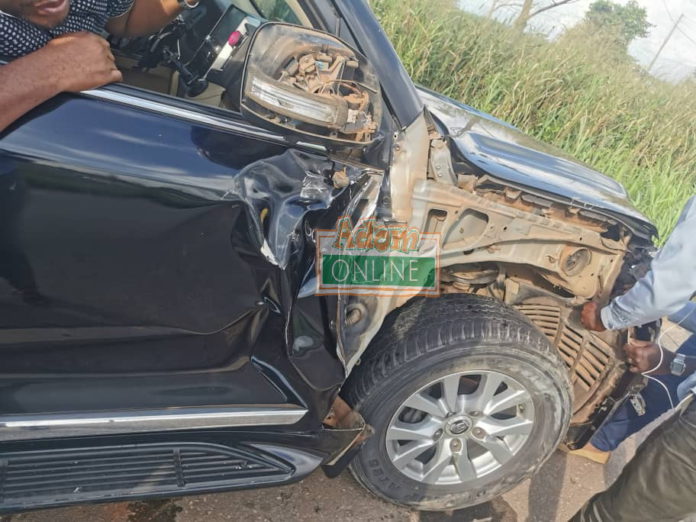 The National Orgnaiser of the ruling New Patriotic Party (NPP) has escaped a near-fatal accident on the Ejisu-Konongo highway in the Ashanti region.

He was on his way to Koforidua in the Eastern region after he had gone to train party Organisers and Volunteer Groups on Thursday.

Mr Awuku, who is thanking God for his life, said a tricycle crossed his vehicle just after Ejisu, lost control over the brakes and run into his vehicle.

“My vehicle veered off the road and in the process got damaged. Together with my driver, we escaped a near-fatal accident,” he narrated.

The NPP National Organiser and his driver escaped unhurt.