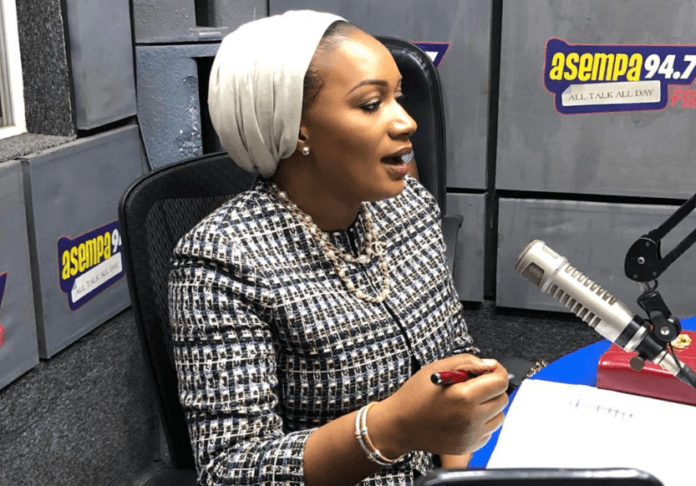 Second Lady Samira Bawumia has stated that the level of development in the Upper West region is not commensurate with the enormous support the National Democratic Congress (NDC) enjoyed from the people of the Region when they were in power.

She noted that the NDC has taken the support of the people of the Region for granted and thus should be rejected in the December polls.

Second Lady Samira made the statement in an exclusive interview with JoyNews’ Upper West Regional correspondent, Rafiq Salam at the climax of her 4-day campaign tour of the Upper West region.

Samira Bawumia for the last few days has been on a campaign tour in the Upper West Region interacting with the people especially those from the Zongo communities and those of Fulani extraction.

She visited six districts and communities to woo them into the fold of the New Patriotic Party to enable them win the 2020 General Election.

Hajia Samira interacted with the Wa Sarakin Zongo, Alhaji Mohammed Sidik Giiwaa and his subjects, and appealed to them to vote in the December 7 polls to retain the NPP in power to continue its good works.