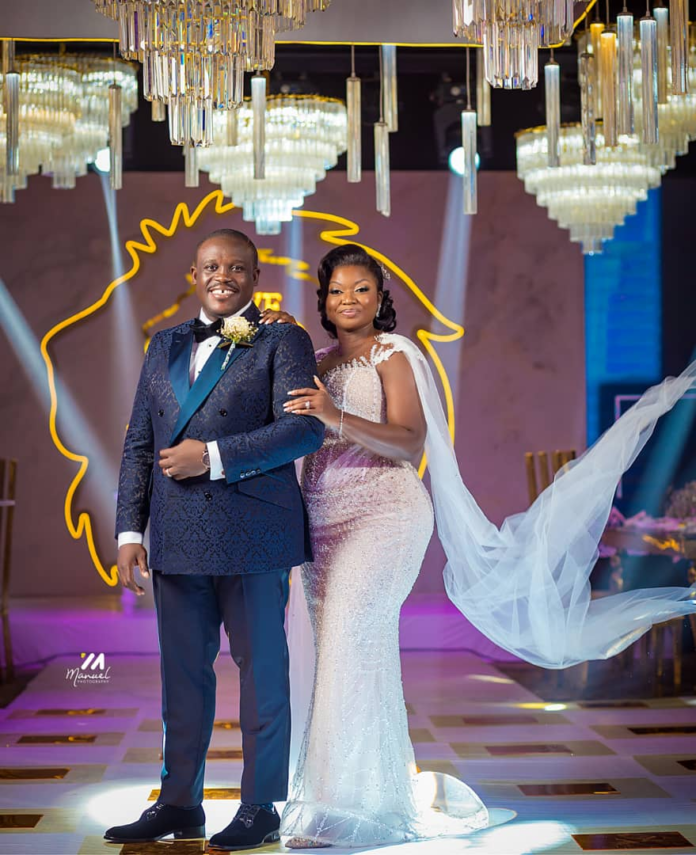 Member of Parliament (MP) for Ningo Prampram, Sam George, has shown his lovey dovey side as he marks 10th wedding anniversary with his wife, Vera George.

The politician dedicated his Saturday to make a grand celebration for his wife he described in a tweet as his bestfriend.

Their day started with a lovely wedding-inspired photoshoot for their vow renewal that has since broken the internet.

The highlight of their special occasion was an anniversary soiree they held for friends and family to share in their joy.

Sam George took the opportunity to serenade his wife with Dancehall artiste Samini’s hit song, My Own.

His rhapsody described the passion he felt when they met over 10 years ago when he was not the famed politician he is today.

After his vocal experiment, he challenged his wife to a dance battle amid cheers and applause from the crowd.

Their huge smile is an expression of the permanent friendship Sam George said he owes his wife, a pledge he made during their four-year dating period.